Yves asked me to consider remixing a song by Manami, a Japanese female vocalist living in Berlin. The original - which I only listened to just before working on it, consisted on the vocals with a noise and sound backdrop.
The deadline was soon due and I had still not done anything until now, even if Manami had sent me the vocal track a few weeks ago. Yves tried to keep his composure and kindly reminded me of it.
Andy and his Japanese flatmate from Paris were staying at my place and their presence, though very fun, was also quite disturbing, since I had no privacy for work.
I started work tentatively this afternoon. Then the idea came: I had done so much unused music for HuangYi's Second Skin. Why not recycle some elements of it?
It worked perfectly.
I added, tweaked, transposed, pasted, copied, cut, recorded and after a couple of hours, it was done. Harp, percussion, taiko drums, bells, piano, strings and electronics. My familiar musical ingredients.
Manami's vocals were not pitch perfect - maybe because she recorded it without any harmonic support. However, her singing was very beautiful in its rawness.
The result, Kawaita sabaku, is less a remix than a re/de-creation of the original piece, a 9 minute long walk through the land of the mysterious.
Yves was enthusiastic about it.
I'm relieved I did it on time!
What does Manami think of it? 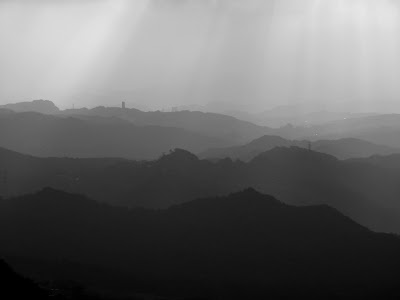