My mother was giggling incontrollably.
"What?" I asked my father, confused. "So your mother's father was a friend of your father's father, that's why your father married his wife's younger sister (my grand mother) when she passed away? "
I also learned that my great-grand father had a first official wife from Huê and a concubine beside my great-grand mother, who was from Saigon. I had never heard about that first wife.
"And I gather that my great-grand mother was a beautiful woman, seeing that her son was a very handsome man...?"
"Yes" my father replied. And it was so that on his official duties, he would go out with the second wife and never with the first one who was not blessed with good looks."
It's so nice to have a large family...

It happens again and again as new projects come and go, and the miracle never fails to happen. When I stepped into the artists' entrance of the Berlin Philharmonie Hall, it seemed like the most natural thing and excitement was literally devouring me! On the wall posters for upcoming concerts, rehearsal schedules. Do people who work there realise what a privilege it is? Do musicians who come to rehearse or perform feel the same excitement? I wish never to become jaded.
Lior Shambadal had reassured me the previous day, after the second rehearsal: the acoustic of the Berlin Philharmonie has been designed in such a way that the music will sound good wherever the listener is sitting. "I have played there countless times, I can assure you that it will!"

Some of the musicians came to me to congratulate me on the music. They usually would perform a more classical repertoire so that was a welcome change to them. Some others just didn't care and just came and left, like clerks in an office.
I was happy to have this contact with the musicians. It made me feel less like a tourist. I started to explain to them how I wished certain parts to be played. Maybe I should have insisted even more, impose myself more as the composer. There is still some way to go, before I exude such self confidence that people just bow down to me! 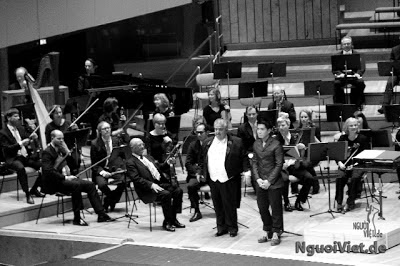 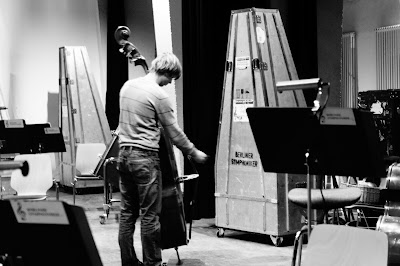 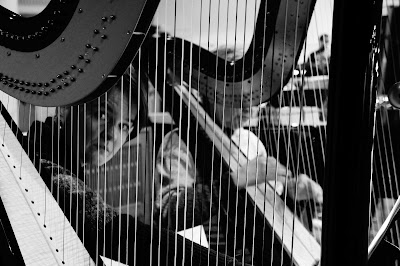 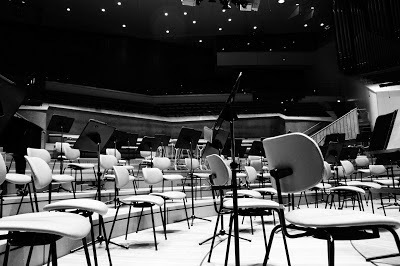 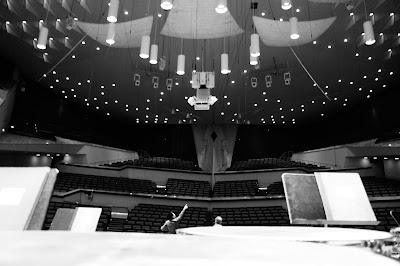 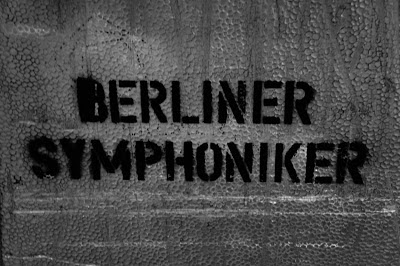 Simon said after the concert that when he saw me take a bow on stage, it was obvious to me that it was the place where I belong, instead of collaborating with other people and remaining in the shadow. The sentiment was also strong in me. Now that Thanh Giong is done, I feel everything is possible. I want to write more instrumental music.
My beloved goddess Karen and Alain came especially from Paris to attend the event. They clearly felt how important it was for me. I wish my father could come. I owe him so much, and the piece was dedicated to him, a gift for his 80th birthday. Seeing Karen and Simon reconnected me to an idea of 'real' life. It was indeed happening, and if I were to forget, they were there to remember for me!

The next project will be for dance. But I'm happy: I reunite with Jo, albeit for a short piece. Now I deserve a few days of rest

In front of me, the Berliner Symphoniker was getting ready for the second day of rehearsal. The musicians were tuning their instrument or practicing some segments of the score. Since everybody is playing something different it's a big pandominium - one that I enjoy. I feel happy and excited. It was only tomorrow that we would be at the Philharmonie, that great temple of music, built for Herbert von Karajan in the 60's. Just one and only rehearsal before the concert...
Today Thomas Wittmann will not be present - nor will he be tomorrow, because he is stuck in a very tight rehearsal schedule for a new play with the Berlin Ensemble. What were they thinking when they hired him, or what was he thinking when he accepted the jog? We can only trust that everyone's talent will be sufficient to give a n honorable performance. What they didn't expect is that the piece was more musically complex than they imagined: a symphonic tale based on a famous Vietnamese legend. An Asian counterpart to Prokofiev's Peter and the Wolf? (That was their request). Maybe I could have made things simpler for myself and create lots of tuneful melodies. And yet... as Kiêt told me, that was the very first time a Vietnamese composer had his work performed at this prestigious concert hall.

The dân bâù (monochord) player had just arrived this morning. A friendly and witty man, he was concerned about the music. "I have never played with an orchestra of that magnitude... I usually perform for evenings and parties with my keyboard... And you music is so complicated!!!!"
I tried to reassure him by showing that I fully trusted he would effortlessly rise to the challenge. I had other concerns in mind. I had learned that the manager had hired a couple of Vietnamese acrobats for the performance. I secretly wished they would do something before or after Thanh Giong but my hopes were quickly shattered. They had worked with the Cirque du Soleil. The mention of that name would have triggered another kind of reaction from, given another circumstance, but here I was falling apart in desperation.
A narrator, a traditional Vietnamese instrument, two acrobats... It seemed the whole project was turning into ... a circus. Great and talented as they were, those two acrobats didn't care much about the narrative nor the music. Their sole focus was to find space to show off their skills. I was boiling and fuming inside. Partly at Tuân for not having made anything clear to anyone: everybody still thought he would be performing for the concert, whence the two acrobats who were asked at the last minute. His name was still on the flyers and pamphlet advertising for the event. I nearly gave up when Kiêt suggested the idea that his son played a Vietnamese folk song on the flute before the concert as a way to introduce the music and the story to the audience. Except that his sons didn't play the flute... "Damn Vietnamese", I thought, "Even when they're working for great orchestras they still can't help making everything look like a Paris by Night gala show!"
But the day was saved by some luminous moments. Eventhough I was acutely aware that the score was not to overshadow any work by Stravinsky or Prokofiev, I had felt, for the first time in months, this formidable hint of joy inside me when they started playing the opening bars of the music. Some section will definitely have to be revised and enhanced but I could give myself a pat on the shoulder. It didn't have to hide in shame for my first attempt at composing and orchestral piece without any experience whatsoever. 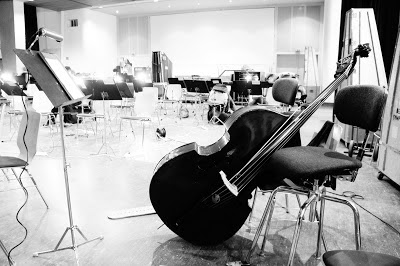 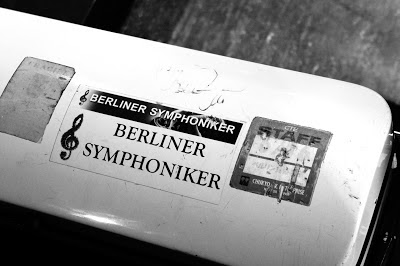 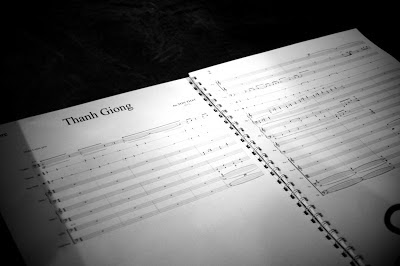 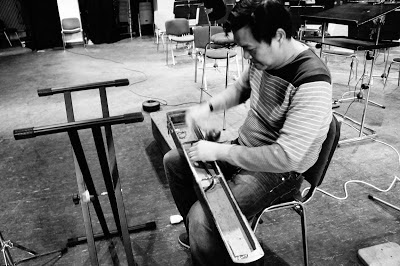 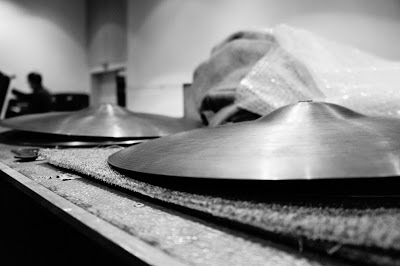