I was walking on the street, passed an open air market near my flat. I saw the people going and doing their daily things. The sun was shining, it was early morning; there was a sense of serenity and quietness. And suddenly, what I feared began to happen: a sentimental song was playing on my i-Pod and tears started running down my cheek. In a few days all of this will be no more. I was wearing my sunglasses, so no one could see. The thought made me laugh.
Well, I can get overtly sentimental, even though I like to play it cool and distant.
The big day is in six days. It all seems so unreal to me now. I know that once I’m in Niigata working with Jo and watching the dancers rehearse, this Parisian life will be drowned in a hazy blur.
The past weeks have been sleepless ones. I would fall asleep quite easily, but if my body was ready to get some rest, my mind would fail to calm down and seize me off my sleep to keep me in a state of tired restlessness. Four hours a night is what I can get. Summer is here, the streets are noisy and I don’t get much rest. My time in Niigata will be quieter.
The movers are coming on Saturday and will take all my belongings. I won’t have to lift a finger. The flat will be sublet to Nicolas and Vanessa will take the big furniture for her new home. Everything is settled and in order. So why should I stress up? 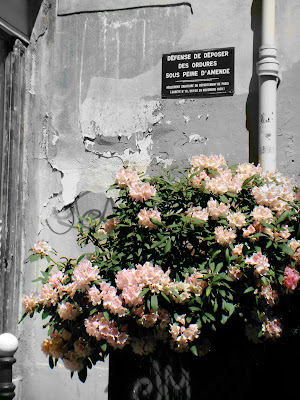 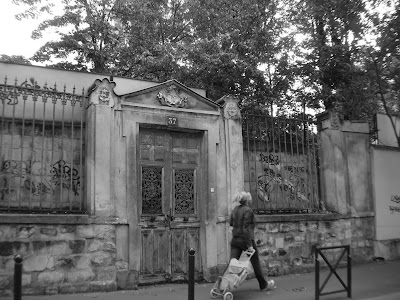 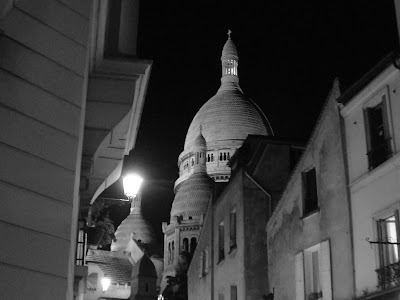 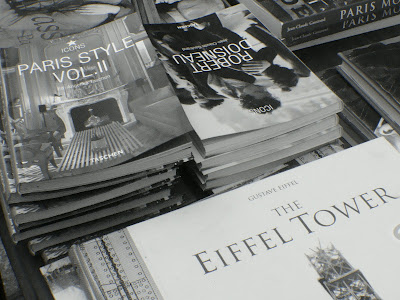 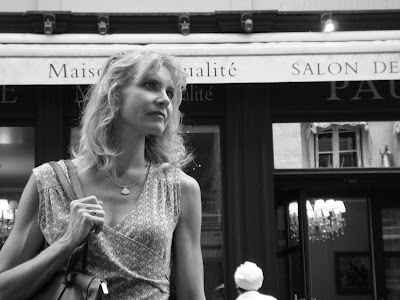 It’s been a month now, but I didn’t learn about until today. My beloved German soprano Anneliese Rothenberger passed away one month ago. She’s the one who opened the doors to opera for me, when I was 11. It was then that I started going to record stores and scout for new music to discover – there was a lot to discover for me at that age! During school holidays, My father would take me to the Fnac, this giant music store in the centre of Paris and I would spend the whole day marvelling and getting overwhelmed about all the musical treasures I never thought existed in records. I remember how the name of Anneliese Rothenberger immediately sounded very inviting to me.  Why her and not another opera diva, someone more flashy or obvious like Maria Callas or Joan Sutherland? I can’t say. One possible theory is that since I was learning German at the time, I was also more interested in German operas. And she recorded a tremendous amount of them. Another theory is that most these opera primadonas looked quite wild and frightening to me, like singing Medusas. Anneliese Rothenberger on the other hand, would be smiling and giving out a sense of warmth – and yet, still retain a sense of dignity in spite of the kitsch outfits she had to wear for the covers! There was some sense of enjoyment and easiness that comforted me, I guess… Perfect for the young boy I was. As a novice, I was introduced to Mozart’s Entführung aus dem Serail, Humperdinck’s  Hänsel & Gretel, Johann Strauss’ Fledermaus, Lortzing’s Undine, Richard Strauss’ Rosenkavalier and Arabella… One thing led to another and I soon got familiar with other performers and other works. I had started to dig into my parents’ music library and would play records at random. ‘Where did you get that music from?’ my mother would always ask as she would be cooking in the kitchen. My father wouldn’t say much, but he certainly was witnessing my growing interest for music with quiet satisfaction.
Each time I would request a recording of such and such work, I would be sure he’d come home with the prized item.
So Anneliese Rothenberger is gone. I wanted to write her a letter, just to tell her how much happiness she had brought in my life in music. Never did, eternal regrets!
Posted by Aaken at 19:32 No comments:

I see a lot of Bévinda. It's always fun to be with her.
One of our regular activities is to have photo sessions.
We did one this morning. She wanted to essay a few things for her upcoming album Lusitânia.
She's a joy to photograph and she enjoys being turned into a movie star. 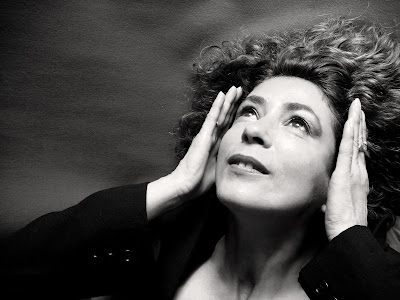 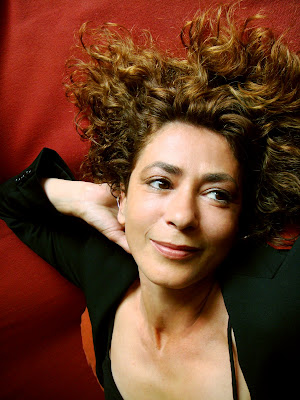 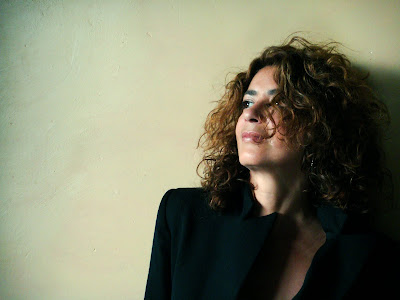 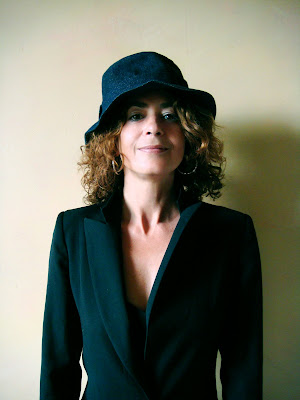 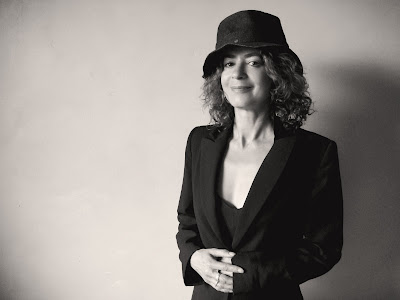 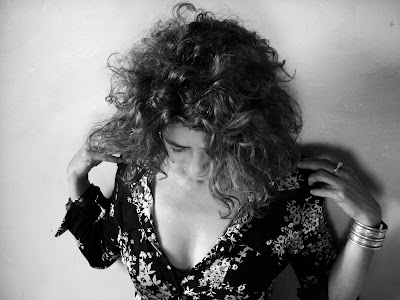 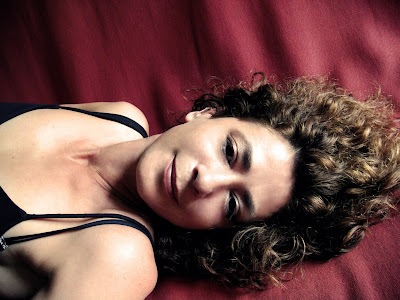 In less than three weeks - eighteen days, to be accurate, I shall bid farewell to France. Until then, I’m getting ready for the highest peak of months of mayhem.
Changes inevitably bring their share of disturbance and worries. Anxiety blends with excitement and fear. Many things have reached their point of completion: the ballet is done, my album is done, and now my forty years in Paris will come to an end. I still marvel at the fact that I keep a relatively cool head.
I finally managed to pen the last scene from Tales of Hoffmann. I asked Koji to play a violin part, without realising how that was the missing link for the whole ballet to find its coherence. If I have been doubtful and uncertain about the music as I was writing it, now I feel quite satisfied with it. However I still connect to it with reluctance, as if I didn’t quite. I don’t know what came to me when I composed it. Was I possessed?
The new song with Bévinda is finished. It’s called Bôa Viagem (which means 'have a good trip' in Portuguese).
Ironically, the f…-ya-all aspect I originally wanted was left on the side of the road, as the song ended up being about death and departure.
All attempt at writing an easy and simple pop song failed miserably. A zebra cannot drop its stripes!
Bévinda had recently lost a dear friend of hers to cancer, and that was what was on her mind. For me, my current thoughts were about departure, change, leaving things behind. Leaving France feels like death. I didn’t want to let these thoughts take too much room when I was preparing for the concert or writing the score to Hoffmann. Now that the big day is coming near, I see that the slow process started a few years ago already but I kept pushing it aside, trying to find ways to stay.
Bôa Viagem really sounds good though. The engaging rhythm and Latin groove remained so the final result isn’t dissimilar to bossa nova, where melancholy is sung on a dance beat.
And it’s fun to sing in Portuguese!
Listen to:
Boa viagem (feat. Bévinda)
[…]
I finally met Gilbert Castro. We had a short drink not far away from La Bellevilloise – his office was rented from Renaud, the director of La Bellevilloise!
Gilbert attentively listened to my approach to this record, how I wanted to promote it and market it. He agreed that since I was no celebrity, it wouldn’t be necessary to release it on hard copy. Hat would come if a buzz is created around my name and my work. For a start, I told him it would be a wiser move to release it digitally and use the money to shoot a couple of videos.
I’m now recording the vocals to the songs and will give Gilbert all the music before I leave for Japan.
We are thinking of a release in September. Que sera, sera.
[…]
The last song completed for the album is Tiên không loi, which is based on a poem by Xuân Diêu that my mother found for me. I added a prelude played by a harp. The musical setting was perfect.  I still didn’t know whether I would be singing on it, but I wanted to have my mother feature in the song. So I tricked her into letting me record her reading it, pretending that I needed to practice my pronunciation. I know she would shy away if she was aware it would end up in the album.
However, I hope this one song in Vietnamese won’t sound misplaced on the album.
Posted by Aaken at 18:36 No comments: