I'm going to see Aaron tomorrow! So glad. He's been working like a maniac on various projects and we couldn't find the right time to meet up again after my birthday.


Been asked by my agent to go to a casting for a TV commercial.... about a printer.
I met this agent, Paul, after I attended one of those 'endurance art' sessions Jay took me to, this time a wacky take on Shakespeare's Hamlet in both English and Chinese, where the prince of Denmark was this time a patient in a mental institution who thinks he is indeed Hamlet... Some good ideas along the way, particularly the video opening where the story is told in 30 seconds with the help of images from Laurence Olivier's film adaptation. But the main actor thought that playing mad meant enunciating everything and overacting which gave an even more year-end-school vibe to an already 'indie' production. I saw the main actor after the show. He should have played Hamlet as he is in real life: he is creepy!
Paul said he would get my contact through Jay. I didn't know exactly what he was doing.
I received a call a couple of days later and asked to show up at his office. They took some pictures of me and asked me fill a form. It was a model agency. I didn't have much to fill in. I had no experience at all, save for that advertisement I did for Honda decades ago.
Paul was to leave Taipei for a some time. He lives in Prague.
"I want to introduce you to a music agent friend of mine" he said as we were finishing the interview he realised I was a musician.
"He's a pianist. He recently gave a concert with his sister..."
I knew who it was. That man was ChingYao and Andy's agent a couple of years ago. And they did their best to break their contract with him as soon as they could.
"Oh you know, I believe that things happen when they have to happen! Never force things!" I tried to reply tactfully.
...
"Wear casual clothes. Khaki and polo. See you on Monday." Paul's assistant said on the phone.
Many sleepless nights lately. Maybe the full moon coming.
I feel like I'm on hold at the moment. Have painstakingly been trying to sketch a few scenes for the film. I'll have to organise a session with the cellist, so that will bring me some impulse to put on some speed in the music writing.
I also feel so horny. Is it the full moon coming too?
I was woken up by a mosquito last night. I turned on the light and grabbed the electric racket. The poor thing didn't last long. But I was fully awake. So I started thinking about the photo session I would have with Andy the next day, then started thinking about what music I would suggest to him. Then the music started to play in mind and it was impossible to stop the flow.
Creativity and sex have been the main components of my life since always. I think of it all the time.
The potential situation, the surprise play a biger part than the act itself. That is certainly due to the long catholic guilt-ridden years in my teenhood. Since I was much to afraid to attempt anything, I would draw, write, fantasize, create steamy scenarios in my mind. Buying an adult magazine would become an adventure for me. I would pass the news stand millions of time before nervously daring to grab the prized item, my heart beating two times faster than normal.
Of course, no one would care. The man at the news stand, usually an ageing man who must have seen everything in his life, might find this merry go round walk of mine around his little stand quite amusing, but would never show any sign.
Yes, the anticipation, the possibility, not the act itself. I find a similar energy when I create and write music.
That's the impulse that pushes me forward in life.
I wrote a song about that, called Don't be koi, the title being a little wink at Andrew Marvell's poem To his Coy Mistress. 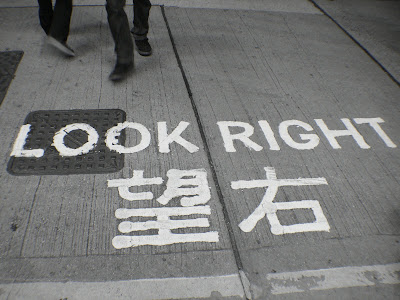