"The baby is born. It's a boy. We're working on finding a name!"
When earlier in the afternoon we heard the news that my cousin Thao was starting the labour of birth, my brother and I were at her parents' place for a Sunday lunch. The sun was shining outside, everything was so quiet inside and outside the house. My aunt was showing us pictures of her flower arrangements on the tv screen. Ikebana, as she proudly would state and repeat. The slideshow went at an excruciatingly slow pace. One picture a minute. Hundreds of pictures... Each as dull as the following one. I was trying hard to fight the after-lunch sleepiness. My uncle was sitting dozing in his wheelchair, occasionally sending out a 'yeah' as personal comment. My brother was bravely keeping the situation dignified with his undying attention to each passing photo. He certainly would have deserved a medal for examplary family conduct.
The news changed the mood. A newcomer in the family. My uncle and aunt were to become grand-parents.  My aunt got more and more excited as the thought grew in her mind. A couple of years earlier, she was resigning herself to the idea of seeing her daughter leading that solitary life of hers, traveling to the most remote parts of the world for her work as a geologue, with no family tie no children.
The day before, we were celebrating her wedding to her Irishman Robert. A home party. Not exactly the wedding itself but the third and last part of the wedding journey. The first day was for the Buddhist ceremony, in the strict intimacy of the parents - mine included, the second day, the civil ceremony followed by a dinner with relatives from Ireland and close friends - again with my parents, and the last, a joyful celebration with everyone - my parents not included, for they left for Bern to visit more relatives.
Since Robert is Irish, Thao and he tied the knots Celtic style, with a friend performing the role of the druid, complete with the traditional outfit, the face blue paint and the irresistible accent.
It was very moving and meaningful. They didn't need the pomp, they didn't need to show off in front of anyone, the guests presents were those who loved them and the loving energy shone brightly accross the room.

On the train to Zürich, I was reflecting on the recently past events. I had a serious and heavy talk with my brother while we were waiting for our aunt to come and pick us up at the hotel.
We never really talked with each other. Occasions are rare. He's now always to be seen with wife, son and dog. Some kind of protection. He's been that way ever since as a young boy, he realised that the family was far from being the protective haven. Emotional insecurity and unstability, constant fights between our parents, or the menacing, layered weirdness of a brother he could not understand. Through the years and thanks to his relationship with Mathilde, he came to let down his guard and show his affection and love.

"You're hard on people" he said at some point. "You're quick to judge people without taking the time to know them". He was referring to my comments on cousins we have in Los Angeles. Yes I was hard. I may love them, but I find no connection beside the family bond. I said nothing.
"You never make an effort to be interested in anything else beside your music and art" he went on. I still said nothing. I only nodded.
"You are snobbish".
I didn't answer nor did I try to explain, but it was a blow on the stomach for me. I really didn't expect that. I thought he had finally come to understand me better. But obviously the old issues had not be resolved. I was and would always be the weirdo he has to love because I'm the brother. The thought was saddening.
"I can't pretend to be interested in something that doesn't interest me. I wish people were more honest with each other and didn't put on that fake social facade. It's a waste of time" I eventually replied.  As I said that, I was wondering what kind of monster I was to this world. Someone who goes his own way and chooses to leave the others behind, someone who only thinks of himself, hopelessly self-centered and egotistic?
My brother didn't need to answer anything. Our aunt's car had just appeared from the other end of the street.
During the meal, I felt - or convinced myself that my brother understood what I meant. I was sincerely very happy to see my uncle and aunt, happy to share their joy about their daughter's marriage and baby, but I didn't need to abide their issues. I don't know whether he understood how vital it was for me to preserve my sanity by being far away. Is there a personal way to express one's love for the others? There is, but I don't know how many of us choose to look that direction, instead of using exhausted codes.
Suddenly this whole trip became a draining experience for me. 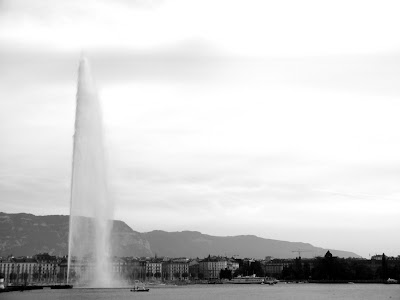 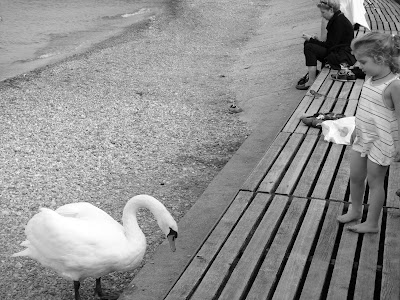 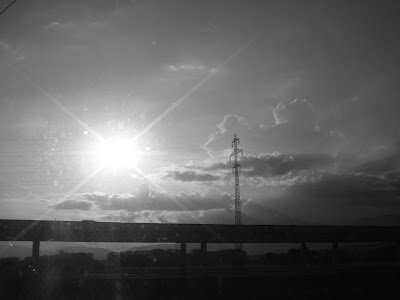