Being now in Paris feels like performing in a play, then finding out that the play and the stage have suddenly changed into another show, but I still have to keep saying my lines as if nothing has happened.

Jan came to pick me up at the airport. The plane had landed at 5:45 but I had told him to only show up at 7... I was already too glad someone would come and drive me to the city!
I didn't know what to expect from this trip. I was reluctant to go. I was happy to see my parents again, but dreaded the idea of being caged in any heavy family drama. I wanted to focus on my parents. When I was at Pinga's funerals and saw her parents and her brother standing tall, dignified and holding back  thei rtears, I swore to myself that I would enjoy every single minute I would have with my own people.

It's been 5 days already and my time with my parents has gone by very smoothly. Needless to say that they are so happy to have me around.
I finally saw my nephew Vu An. He's two months old, has the most adorable smiling face and a very friendly disposition. It was touching to see my father serenely contemplating his grandson with a little smile as if both were in having a long and silent conversation.

The house was very dusty and looked like an abandoned attic which longs for the children who once played there. Countless cobwebs covering wall and ceilings. My parents are old now, and can only do the minimum. I didn't waste time and started vacuuming the rooms one by one, scrubbing the floor, repainting the wooden table which had suffered from humidity and extreme heat.
The garden badly needs some triming. It looks like a jungle now.
As I progressed in those house chores, I felt like the sun was coming back in the house. My presence certainly does bring a big shift in the energy. I just hope it will not go down again after I leave.
My mother went to have another test to check the state of her Alzheimer disease. Everything is fine. The key is to keep her stimulated - she has always kept her mind working and is doing lots of translating so there's no worrying about that. I try to push her to go out a little more. Stimulation can come from one's reaction to unexpected things; and being outside brings plenty of opportunities.
I have to learn to be more patient and not let me concern overcome me. Learning to grow, learning to let go... 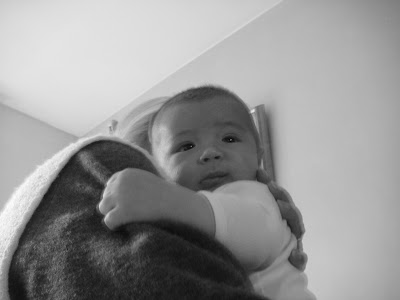 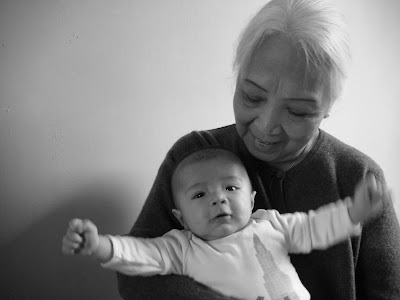 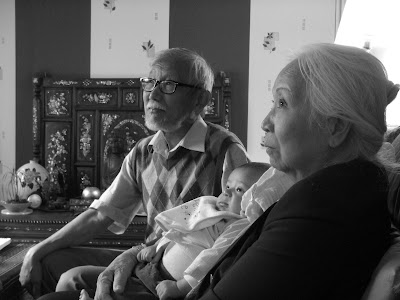