A friend of mine, S. asked me whether I would give one day of my time for young children who had contracted AIDS. The plan was to take them to the seaside and offer them a beautiful day. I said that I would. I love children, and to spend time with those who unfairly contracted that disease was the least I could do.
"Oh and a friend of yours will be there as well. I found out that the two of you knew each other!"
When I asked who that friend was he gave me a strange answer: "Em... I can't tell you, because I don't think he would want to know that you and I know each other. You'll find out on that day."
My curiosity was piqued. Who on earth could that? And why wouldn't that person like the fact that I knew S.? "He's some sort of celebrity... But he's straight, and from a totally different world that yours." was S. only clue.My mind was searching. Exit (most of ) all the models and dancers I knew. I wasn't acquainted  to that many male celebrities in Taiwan.  Then I had a hint. If S. was so cautious about mentioning his name, it meant that there was some ideology attached. And what else but... religion?
"Tell me, S. this outing with those children, is it under the umbrella of any religious group? Like a Christian group?" There was a long pause before S. answered.
"Yes, it's a church community."
As quickly as I had accepted to be part of it, the whole picture changed in my mind. The last time I was at a Christian event was for my nephew's baptism, an experience I don't recall as very pleasant, not to say violently disturbing. However, since I moved to Asia, I realised that Christian faith here was a totally different matter than it is in Europe, where it has impregnated deeper layers of consciousness. Here in Asia, Christian faith is displayed like a shiny brand new car. People are quite unable to voice any personal opinion. Everything sounds like it's been taken from a book of wonders and proudly recited by heart by well programmed robots, which makes me think that their new found faith isn't so dissimilar to the propaganda people had to be submitted to in some dystopias. Maybe I'm pushing the comparison a bit too much to the edge, however, I feel completely ill-at-ease in their company, as I feel uneasy when I'm surrounded by fanatics of any kind. I loathe the mass. People scare me when they cease to think and become that one beast that destroys more than creates. It's always disturbing when natural kindness morphs into self-righteousness.
So I told S. I would alas have to decline and not be part of that grand day out with those children. I sincerely felt bad, but I really didn't, just couldn't picture myself spending one full day with those holier-than-thous.
I quickly understood who that common friend was. A very nice fellow he is indeed, although my relationship with him can only be mundane. When I first met him, I was charmed by he and his girlfriend. But the magic vanished when I started to realise that it was impossible to go beyond a certain point in our friendship. When the conversation would accidentally delve into more personal matters, the name of God would be called in: all was in God's hands, everything would go according to God's plan. And the conversation would come to a sudden end or revert to mundane topics.
Once he showed me his newly finished flat. We just had had lunch and mostly discussed his current issues with his girlfriend. I was surprised he would talk about it, but I knew it was useless to share my point of view with him (might as well speak in Finnish), so I merely listened. He tried to present the problem from a practical angle (he was her first boyfriend, she wanted to make sure he was the 'one' and asked for some time off to find out by herself and possibly date other guys...) yet something was unclear to me and I could not put my finger on it.
The flat was on the ground floor, in a very quiet and residential area. An enclosed cluster of small sized buildings, surrounded by lots of trees, the chirping of happy little birds all around and the presence of fake surveillance cameras to give the feeling of safety in the community.
We had coffee and nutella toasts (a downfall that one is).
"We went to see a pastor to talk about our issue" he said.
I was curious to hear what the pastor told them. But I was disappointed. They didn't need to see someone to give them that kind of advise.
When I passed his room, I was surprised to see a single bed.
"A single bed? So where does your girlfriend sleep when she spends the night?" I asked fairly innocently before I realised what I had just been saying. He gave me his Jesus look without muttering a single word. "Now I understand why his girlfriend wants to make sure he's THE one..." I thought to myself.

I saw Josh the other night and he told me about a shelter for children who have AIDS. Some people from his entourage have volunteered to teach them or just spend time with them. I asked him to get more information about it for I would like to be able to do something for them as well. I was thinking of inviting a story teller, organising a small concert for them or introduce them to music. There are countless possibilities. Josh said that the shelter often had to change location when the local residents find out that the children are sick and don't want them in the neighbourhood. It's saddening. I find out there is hardly any AIDS awareness in Taiwan. There are more and more cases of contamination among the young, especially now that Taiwan has become a favourite destination for gay tourism in Asia.
But for now, I will focus on those children. 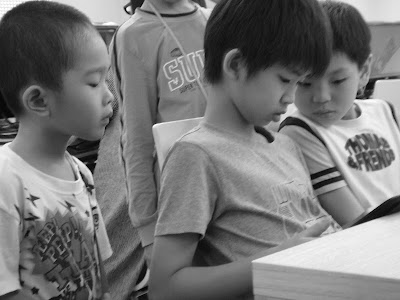 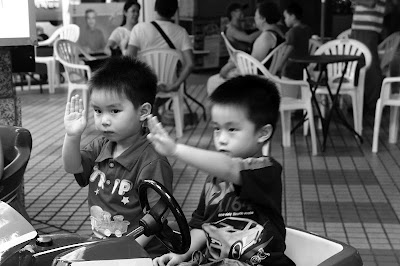 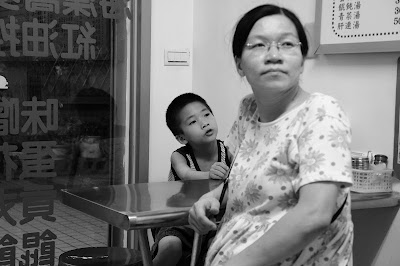 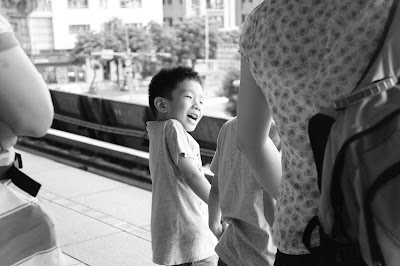