Kristina has been on Facebook for a couple of months so that allows us to be in touch more frequently, and thus share more news and ideas. She had requested some music from me for a solo she was to perform at a private event in New York. It didn't have to be original music, so I sent a couple of tracks, one of which being the music I had written last year for Johan Ku's exhibition, The Hole.  The event was a big success, and the solo, Untwisted, will be properly filmed these coming week in Washington. The solo will continue its new life at another event, this time at Lake Tahoe, where Kristina had been asked to perform (originally another solo, Sarong Paramaribo, set to Lester Horton's choreography) but she was so enthused about her new piece that she suggested the director of the Tahoe Ballet to do Untwisted instead, a suggestion which was welcome with great excitement.
But key point of this, is that Lester Horton's long time lover, Frank Eng, will be there to see it. I had never met Frank Eng, but thanks to Kristina, we are connected. We write occasionally. The man is 94 this year and he's the last of that breed of extraordinary minds who shaped (though indirectly, in Frank's case) the landscape of dance in the 20th century. It will be an honour to have Untwisted performed for him!!! 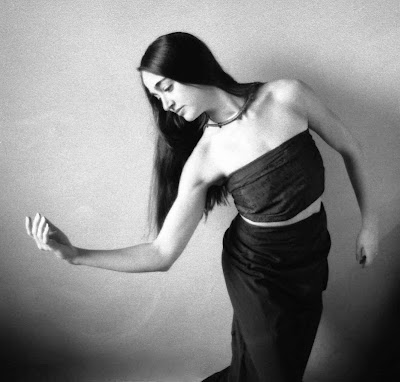 The other music that I sent to Kris was the one I penned for SiuYung's current exhibition at the Agnès b. gallery in Hong Kong: Les Lumières Imaginaires. Not so much an exhibition than an art installation. He requested me and three other musicians to come up with some music for it. Two of them, from Hong Kong, provided something which leans closer to what is called soundscape art. The third one, Pierre Fageolle (how that name pops up more and more among my friends these past months) who improvised a short piece for piano.
Gilles went to the opening which took place last month - there were hundreds of people waiting in line that evening, a first time for the gallery, apparently, and didn't seem that convinced by the whole affair.
"It triggered my imagination when I read it on paper, but the result was somewhat underwhelming." he wrote to me. "But maybe I should see it with less people..." he added.
I shall make my own judgement on my next visit to Hong Kong (sometime by the end of the month).

KunLin invited me to attend a recital by NiuNiu, a young piano prodigy from China. I had seen a couple of his records at the store. He had been signed by EMI and had released a Mozart album, a CD of Chopin's Etudes, and more recently, an album of virtuosic transcriptions by Liszt. Since he gave his first concert at the tender age of six, he has quickly become a sensation - the world love child prodigies, especially in his home country of China and Japan where his concerts are usually sold out.
KunLin had told me about him when we were still working on the Silk Road project with Avi Avital. I have never been impressed by pure virtuosity, in the sense that it usually quickly turns into a big spectacle where music has little to do. And when it's a child who is involved, I feel ill at ease because there is often backstage ruthless parents behind who vicariously live their offspring's success.
The program included Chopin's Sonata in B minor, as well as Beethoven's Moonlight Sonata. Two sonatas  one after the other... an odd choice. Niu Niu's technique of course was flawless, although he tended to play everything at a fast tempo to the point that it would sound like a musical mist through which it was nearly impossible to distinguish any phrase, much less any note. There were some brief moments that would give us a hint of the fine musician he will become in a few years, but for now, NiuNiu's performance was very much like one of a very gifted student playing for his teacher (his Taiwanese teacher was there) but there was no fire or personal involvement. That comes with age, I would say. How old is he now? Maybe 14...
I got bored and left at the intermission.
I'll see NiuNiu in concert again, in ten years when the hype will have died down and allow him space to become a real musician, not a circus phenomenon.