"I want my son to be baptised so he can learn the ways to God's love."
Thus spoke the parents of the five babies when the priest asked them in turn what they wanted during the baptism cerenomy.
I couldn't help it, but I had the feeling I had been parachuted in a sect. - "A very successful sect", as Julia would have said later.
The sermon was so bad and simplistic that I felt the urge to leave growing so violently I had to bite my tongue. The priest had tried to 'Rowan Atkinson' his speeches,  to no avail. His attempts at humouring the sermon fell flat. No one really reacted to them, although they all wore a mask of gleeful Sunday devotion. The priest wasn't helped by the noise coming from the numerous babies and infants present that morning.
My heart sank when I saw the priest hold the baby and plunge it in the basin. At first Vu An smiled,  unaware of what was to happen to him, then he manifested some discontentment when the priest plunged him a second time and finally cried out of his lungs. I had the unpleasant impression to witness a sacrifice, not a baptism.  I just couldn't help it, I had the frightening hallucination of a thin, dark veil falling above the baby as the priest  was raising him for the audience to see, a blissful smile on his face. None of the other babies seemed to enjoy the experience either and soon the church was filled with strident cryings.
Then came my musical contribution...
A couple of weeks ago, Mathilde had suggested I came and spent two days at their place to bond with my nephew. Not just to hold the baby in my arms, but also bathe it, change its clothes, lull it to sleep, feed it, take it on a walk, take it to the doctor  (poor little thing was sick and coughing). A pleasurable two days. The little one is très sympathique! It was then that Mathilde asked me if I would sing something for the little one's baptism. Maybe Julia could sing as well.
I told her that she shouldn't expect anything like the mass I wrote for their wedding three years ago. That two voices could not sound like five. And in my mind, I went on, thinking that Mathilde had no idea what risk she was taking if Julia was to sing alone. I love her, she's a great teacher, but not so reliable anymore as a singer.
"Oh I know! You could sing a prayer to the Virgin Mary..."
Of course, Gounod's infamous Ave Maria...
The idea didn't really excite me to the highest degree, but I asked Julia if she would feel ready and in good vocal shape to sing for the ceremony. Naturally, she accepted. She had told us more than once how she had sung that Ave Maria at a wedding for her niece, although that was a decade or so ago.
We practiced the piece together. I proposed to turn it into an a capella duet (fool, fool, fool!!!) instead of the usual solo version with keyboard accompaniment - at some point, I even toyed with the idea of singing the accompaniment as Bobby McFerrin did with Yo Yo Ma on their Hush album... but had to come to reality. That would have taken me weeks of practice!
We were fairly satisfied after the rehearsal and were even looking forward to singing it for baptism. The very fact of having something musical perform made the whole idea of baptism more bearable to me.
However, it was not to happen as planned.
Babies and children were making a hell of a noise.We were about to sing this Ave Maria not in a church but a circus! As we starting singing the first notes, a dignified silence came back. Things went fairly well for half of the song. I rejoiced. Then alas, as we reached the climax of the piece, I startled when I heard Julia beginning to dangerously slide down off key. Not just a half-tone, not even a tone. She was deflating off key. I was mad. It was impossible to salvage anything. Each note was getting lower so I had to stop singing, which made matters worse. I could only join her again and end our misery for the final "Amen".
I was livid after that debacle. Julia didn't mention anything. Avoidance...? Or was she even aware?
"You have a very beautiful voice", a man said to me later.
Joke. 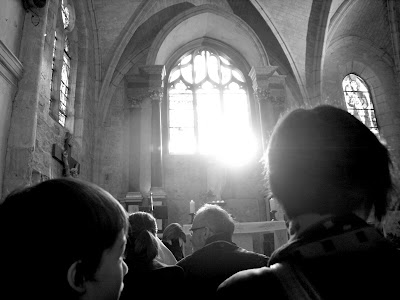 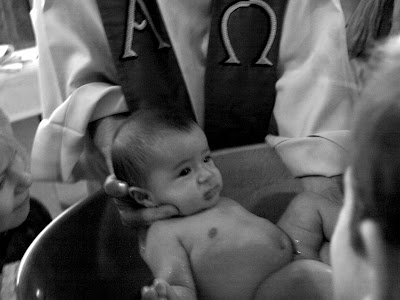 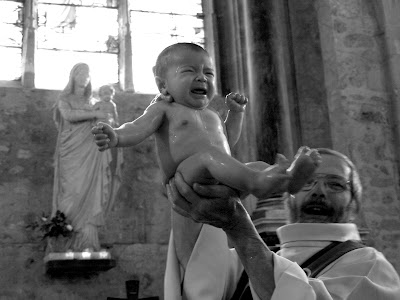