Sài Gòn đẹp lám!!! Welcome back to the rush and dust of the city of Saigon. I forgot how much I missed this cocktail of pollution, dust and motorcycle fumes.
I visited my cousin Giao who opened his café in central Saigon a few months ago. We haven’t seen each other for many years since his youngest sister illness and eventual passing.
I found a glowing young man who seemed so happy to engage in this life in Vietnam.
While I was in Singapore, I chatted with someone I knew from Taiwan, a stage director and writer. He asked me whether I’d be interested to score a musical for him in April, the premiere being in July. That’s little time for such a task, especially since I intended to work on my album. But I consider this offer as a sign that my life is already happening in Asia. I’m now waiting for the libretto as well as all the documents related to the project.
The gods are really looking over me!
[…]
I’m sitting in the living room at my cousin’s place. The weather is hot, but dry. The two big fans on the ceiling make a lulling noise. I can hear the young workers outside softly singing as they paint the wall and the gate. From the song they’re singing I recognize they come from Huê. It’s very soothing and almost brings back a memory I never actually had.
Sometime a woman would pass by on the street, selling something, buying something. My cousin is renovating her house, so she got rid of all the old VHS tapes. 1000 Dong a kilo…
The humungous aquarium that has been sitting in the living rooms for decades is going to find a new home in some primary school, far away. They sent two men to have a look at it and come back with the appropriate vehicle for the transportation.
Well I don’t know about their sense of measurement, but what they came back later and started moving the big thing. Any helping arm was welcome so I also participated. Six of us were not enough to handle the monster. But then I saw the vehicle: a rusted old cyclo.
It took more than half and hour to lift the monster and leave it gingerly on the cyclo. Neighbors and passing strangers all gave us a hand. Everybody was shouting a different command each in a different dialect, it was merry mess. One of the men though had his big toe nail pulled off in the process and was leaving big blood stains on the ground.
Now that the monster was on the cyclo, I was wondering how they‘d manage to  get to the school. How long would it take? One day? Two days? How would they go up on the bridge? There were only two of them.
I was counting without the ability of the people here to deal with any seemingly impossible situation. There is always a way. An hour later they had reached their destination. I was knocked for six.
The young house maid has a crush on the one of the two singing workers whose task led him to add another layer of paint on the kitchen wall, so she tries to keep busy near him…And she looks, very busy.
Oh, I have a craving for biscuits! 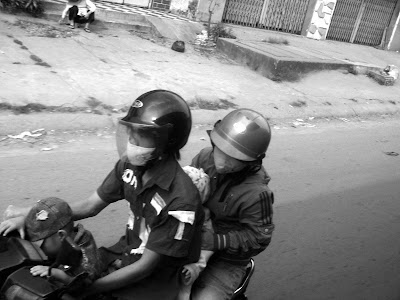 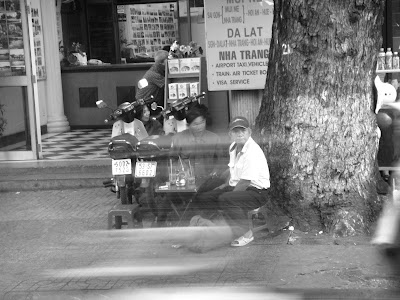 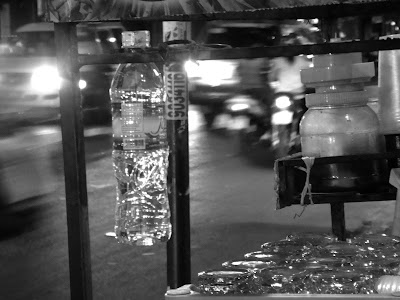 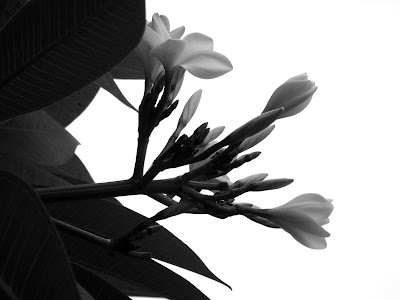