I’m officially no longer Parisian. Isabelle and Nicolas came to my flat to clean up the last details – they did what they could but the flat itself is old and badly needs to be renovated. I don’t expect the agency to give me back my deposit. I know they would find all possible reason to keep it and unfortunately, I gave them an enormous reason: I painted the tiles of the bathroom when I moved in. The sight of the horrid design on the tile would sting my eyes each time I would enter the bathroom. I thought it would be an easy task to remove the paint, but it wasn’t. I was told too late that it would have been better to leave it as it is instead. How foolish of me… Nicolas amusingly told me that the woman was not impressed by the contemporary abstract art we created… Originally, the agency was a small, local one ran by a delightful woman who gave up the business after her husband passed away. The agency then merged with a bigger company, as it often the case. Who says bigger company says no human contact, or minimum contact. I didn’t expect to have tea with them, but at least something else than the cold answers I would receive each time I attempted to get in touch with them. I would say to myself that outside work, these ladies must be nice persons. If they started feeling sympathetic for all their clients, they’d have to change for another job. Just as banking, or insurance… I have many friends who work in that area, but I know I would rather not meet them in a professional situation.
Ironically that agency would advertise their business with a particular stress on the fact that human contact was an important point for them – so does my bank… But like this grumpy and unfriendly character in Little Britain, if the computer says ‘no’, then they say no as well. Since everything has been computerised, there is less and less personal contact and we humans find ourselves strangely powerless when the machines ‘rebel’. Computer says ‘no’ indeed. I find that amazing and alarming that we do not realise how dangerous it is to strengthen our dependency on them. Soon we’ll end up like the characters in Barjavel’s novel Ravage. George Orwell and Barjavel are modern time Cassandras. They warned us in their books nearly 70 years ago. Now we are living it and we rejoice! Fools we are! I also remember that article which I think was entitled ‘flabby mind’, written by Art Buchwald in the mid 80’s which I read during my high school years, where the humorist already foresaw the problem we would all encounter in the years to come. History repeating. 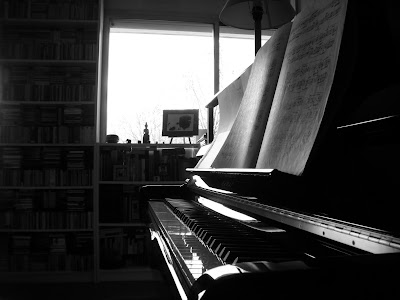 […]
Simon has died of a heart attack after a drug overdose. He flew from Hong Kong for the week end and was having a ‘good time’ at a club in Taipei. But he took too much. Kenneth brought the news to me two days ago. I didn’t go out that week end.
Last time I saw Simon was during New Year’s festivities. We went to the hot spring, had a great dinner and went clubbing… It seems Taipei is the new Babylon of Asia. Many people come here to have a great time and consume drugs. I have often been asked whether I would do recreational drugs. Drinking seems so tame…
It’s a shock. It took time before I realised what Kenneth had told me. Simon’s mother doesn’t know yet. They don’t know how to strike the news to her. A heart attack will be a good way to put it. The funerals will take place in five days in Hong Kong, but I will have left already…
So young…
[…]
I found a faithful champion of my music in Matthew. He used to be the music and movie sales manager in some big stores like HMV or Hong Kong Records. He secured me an appointment with someone from Warner. I was reluctant to go. I knew how the big major labels function. I told him so. But he wanted to give it try anyway.
The verdict? Exactly what I thought it would be. The person I met could have been selling canned food. No mention of music, of course. I flinched when he talked about his ‘pool of artists’. To end up a rather obnoxious – if polite conversation, I asked him the tricky question: ‘In your opinion, does the artist need you, or do you need the artist?’
Needless to say what his answer was. I felt it was high time to leave. Matthew was disappointed and I was too. Surprised, I was not.
On the music side though, I will start working on this remix project for Chet Lam. I finally met the singer. My film director friend Kit Hung and I met for a quick coffee, and Chet Lam tagged along. Small, cute and extremely vivacious. I liked him. The remix project turned into another project on an album which Chet described as a musical pop interpretation of Le Petit Prince, and they were still interested in having me do something. Kit wanted to see me for his new film, which is to be a musical. (both Kit and Chet are lovers of European culture). We will see. We shall see. I have seen many projects come to me – the film Oriental Pearls being another one, but I won’t cry for joy before I actually get to work on it.
I would not live in Hong Kong, but each time I come there, I never fail to feel the excitement and energy of the city. I really like the place. Dennis and I watched the light show on the Hong Kong skyline and the view was impressive. Monstrous but fascinating.
Dennis was a bit frightened to be the target of some racism against Filipinos after the bus hijack killing. But everything went well. Of course, not every Hongkongese would jump at him at the mere mention of his being from the Philippines! One should not indulge too much in these sensationalist news. The mass, the mass… Shakespeare loathed them. 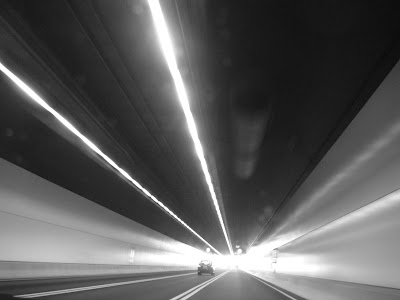