My waiting under the rain in the winter cold won’t be for nothing in vain! I had lunch with Renaud Barillet, who is the director of La Bellevilloise in Paris. I took him to my favourite little Chinese restaurant in the Arts & Métiers area. We first met at a gig I gave in this little café-concert called Ailleurs near Bastille back then when I was working with Michèle Atlani, and we occasionally bumped into each other since then without really managing to take the time to sit down and talk. During my stay in Taipei, this urge to be back on stage was itching more and more and I had this vision of myself giving a concert in this venue. I boldly asked him about the possibility of concerts in March or April and he accepted. Things can be so simple sometime! I told him about my projects, and about
I’m so excited and I cannot hide it!
This time there will be no show, no dance. I will only concentrate of the music and the new songs.
I’m thinking about having the usual rock band formation, with the addition of some strings, a tabla player, backing vocalists and a beat boxer. I discarded the thought of playing on a digital piano, in spite of the awareness that it might be more economical. The piano is such an important part in my music, any sensible reasoning did not resist long. There’s no relationship to the instrument when one plays on a digital piano. Renaud knows a company that rents baby grand pianos for a fairly cheap price.
I will go to the venue next week and have a look at the place, pick the dates and go through all the arrangements for the contract. There are two possible venues at La Bellevilloise. In either case, I will have to sure to attract an audience of hundreds. Doable? 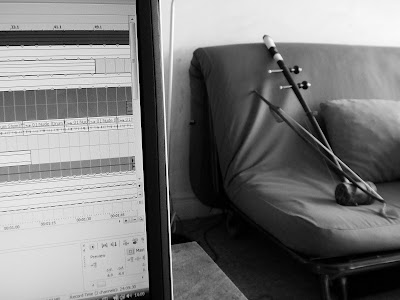