Anybody who has seen that 50's classic The Girl can't help it! starring Jayne Mansfield and Tom Ewell will certainly remember that scene where Ewell is testing Mansfield's singing abilities, and will understand how I felt yesterday at the studio when we were recording the vocals of the lead actor for the film When Doves Fly. Contrary to many who think that the world is divided in two, those who can sing and those who can't, I believe everyone can sing, and give a decent vocal performance. Naturally, the world isn't fair and it's easier for some people than the others. My singing teacher Julia performed (albeit with time and patience) some miracles and a few supposedly tone-deaf aspiring singers managed to connect to their voice and the sounds. "There's not such a thing as someone who can't sing in key. You only sing off key if you don't open up to what surrounds you." She would often say.
The model-turned-actor who was hired for the film had to perform one song in the film. His character is of a busking Asian-American singer who comes to Taipei to find out more about his real mother. I have warned Shang-Sing about models who think that their good look means that they can also have a career in acting. There are some exceptions, but the Taiwanese film industry is populated with those, and as a result, they all end up looking the same. The production company wanted a half-breed Asian who could speak perfect American English as well as Mandarin, sing and possibly play the guitar. That's maybe where the magic of cinema begins...
We only had a full week of singing session prior to the shooting - more than enough for natural singers, far than sufficient for vocally challenged people. Unfortunately, that model belonged to the latter group.
Not that his voice wasn't nice. But his concern about doing good and looking good played against him. Compared to his co-stars, his acting was wooden, though at time, not devoid of emotion. He certainly photographs very well and knows his good angles. Sadly, the scenes where he had to sing were downright embarrassing.
Three hours and a half of ear-piercing misery at the studio. He tried very hard, sometime managed to produce a nice flow, but delivered like a trained dog, clueless about what singing was about. What irritated me was the sight of him chatting with his friends on his iPhone in between takes. A way to soothe his discomfort? I could foresee the long hours I would spend pitch-correcting the singing track.
The sound engineer tried to be supportive as well. By the third hour, we were exchanging speechless distressed looks. I tried many tricks to help, but had to admit defeat when the results were invariably and consistently the same. I felt bad for everyone. No one was foolish enough to pretend, and there was no space for humour.

Now that ShangSing is out of the picture - no pun intended, I feel deserted. The producer will shoot additional scenes, I will try my best to salvage the film with the score. Most of it is written already. But it will depend on the new edit and how the new scenes will alter the story. Then I'll move on to the next project. The quicker the better. Anybody's got the auto-tune software???
Ahhh... the artist's life.... 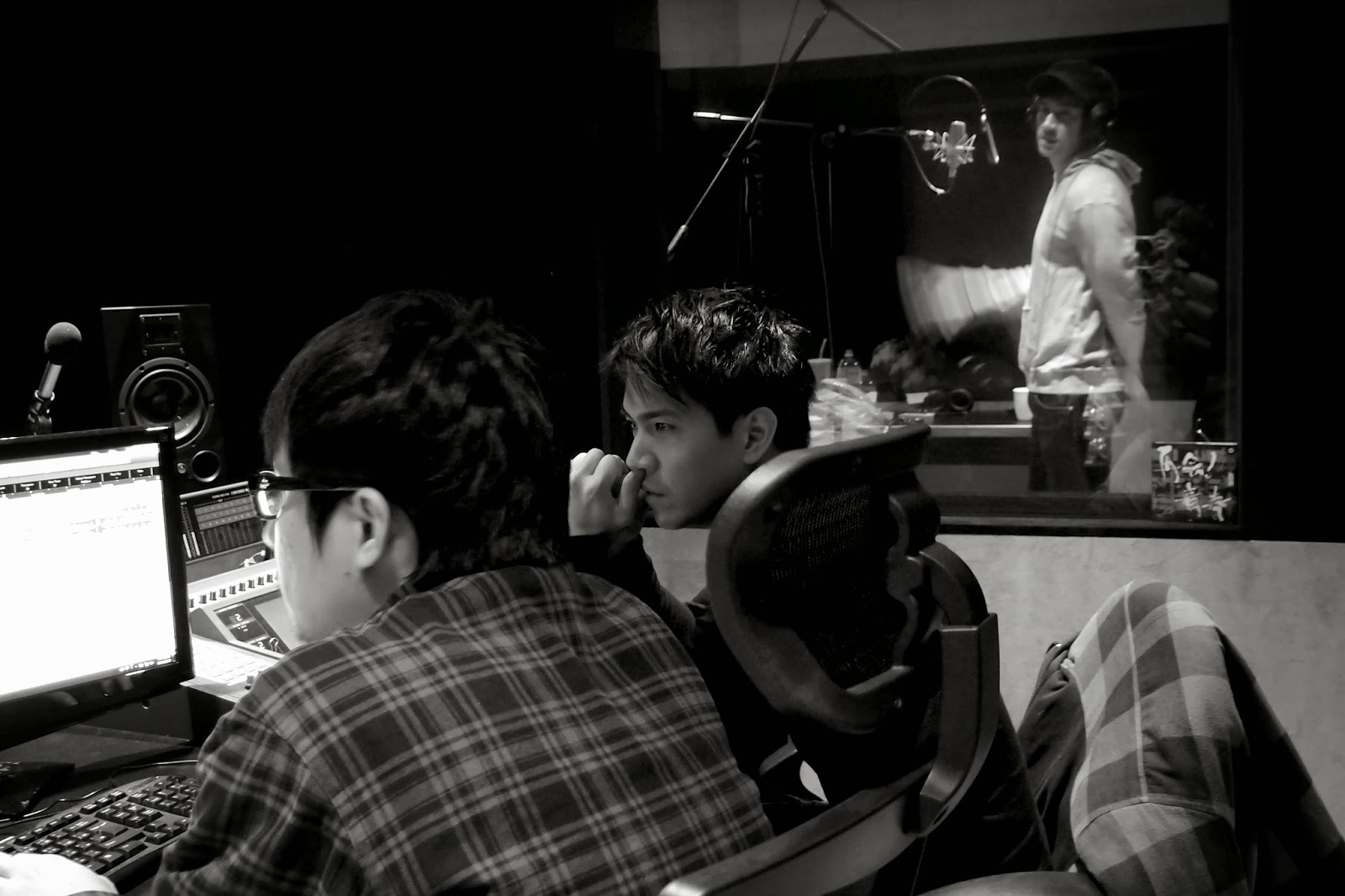 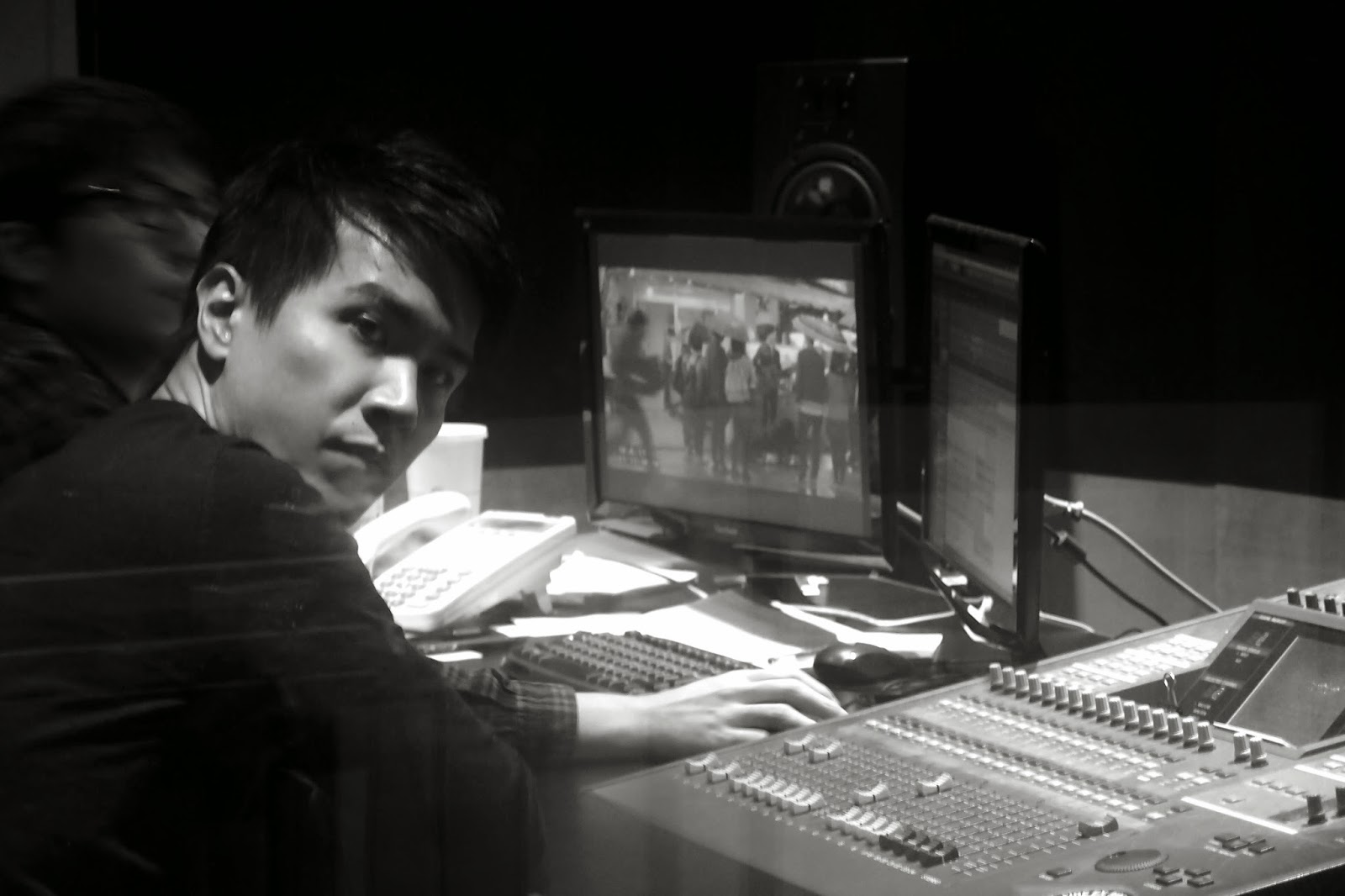