Lee Yong Chao's film will be the third documentary I work on this year - if one excludes the ill-fated Be Water, Yong Chao is a director whose work I have followed for many years. I got the chance to see three of them at the theatre, albeit at festivals, as such films seldom get any theatrical release.  Even with minimal means - sometime with just an iPhone, he never fails to capture beautiful, striking and meaingful images. It's in his eyes, in his blood. His photographic work is also stunning. Not only are the photos charged with depth and many stories, they also carry a melancholy tone I relate to.
Rain in 2020 focuses on his family in Myanmar during the rainy season this year, 2020 being what it is. Yong Chao follows his younger brother and his two lively sons. Through them, he reflects on the state of the country, the incompetence and false hopes of the government, and the life of hardship of Burmese people.

I won't have much time to compose the music - just one month, as Yong Chao wishes to send the film for submission to the Berlin Festival. "But even if you think it will be impossible to complete the score in time, I still want you to do the music for it", he added. He had just finalised two long-feature documentaries, the other being given to Thomas, who is his usual collaborator. Thomas was very happy I could finally work with Yong Chao. I was relieved their working partnership wasn't an exclusive one.

I have already began writing and recording some musical sketches. One movement is even already finished. But as ideas for Yong Chao's film keep coming to me, I also have to complete the music for Jay's documentary, as the commissioner expects a first cut by mid-October... 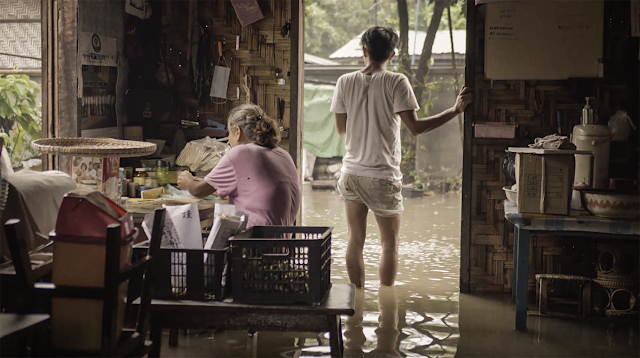