Ulysses and I just finished our first song together, entitled Summer in Paris... Actually, no, those are the opening words, the real title being Sacred Paper, which I never seem to register. It started with Ulysses scribbling down a text, then asking me to improvise something on the piano. Within thirty minutes, we came up with sufficient material for a song. I wrote down the musical sketches I had done and handed him the sheets. The next two days were spent trying out various combinations until Ulysses was satisfied. He was very excited about writing a song and wrote down the final version for the music score, a full day in front of his computer trying to figure out how to use a software. He is so excited about the process that he is already developing ideas for a second song. Just a few more days before he goes on holiday in Savoy to spend the month with Benoit and his family... Time is running out! 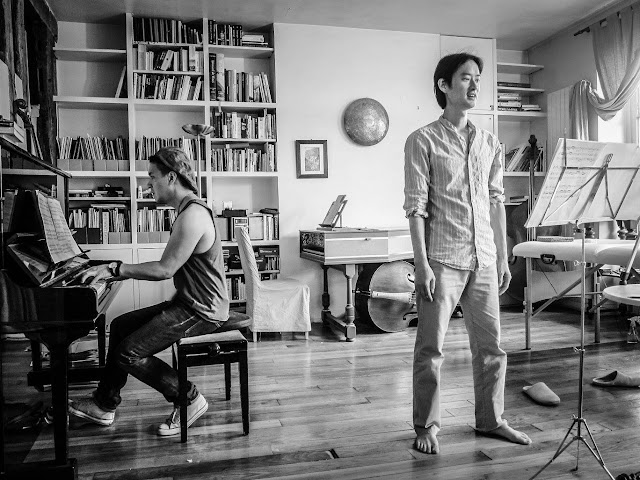 I have enjoyed every single minute spent in Paris. Three weeks have passed now, true, enjoyable and relaxing holiday for me. I see my parents every other day - at least I try to keep the rhythm. My mother is well. The Alzheimer's disease hasn't progressed too much. Her conversation can get stuck in a loop...
Posted by Aaken at 13:56