At last, in . At last I am coming, not as a visitor, but as an artist, a musician who will do something there. I nearly thought that this project with Arabesque would never see the light. I had not heard from them for weeks. Yes, they were busy performing, anh Lộc was in with Tuấn Anh to prepare for the new show by le Cirque du Soleil… I myself was busy composing the music for the film… As usual, that is in my life, things would only unfold at the very last minute. One week before by supposed departure, Anh Lộc called me to make sure about my dates – from the last week of November until the first days of January: five weeks, barely enough time to actually be ready for what I had been envisioning in my head. One motto that has come to me more and more frequently these past years: no need for control, as it is not necessary to plan anything too accurately, as things will come and structure themselves perfectly at the given time.

I had just set foot on the Vietnamese ground that I was called for a meeting two hours later with Trân, who is the Arabesque company manager. We met in front of the house where I was to spend the coming 5 weeks – a small windowless room in an unkempt, messy flat. The good point: it was located right in the center, near the Bến Thành market. “I hope you will not hate us for the room” Tran wrote to me. I was ready for any situation. The room, though dark, offered the basics: a bed. A very large bed. There were two windows opening on nothing but the next door motorbike garage. I was to share with five other people. So much for privacy and intimate time… The alley which led to the house was very charming, a remain of old Saigon, in the midst of all the aggressive renovations that were currently going on all around, a line up of pocket sized houses with their façade painted in this typical faded light green and wooden shutters. How much longer would that last? A year at most perhaps… A big sign board with a drawing of a modern building which was to replace the old houses was hanging on top of the entrance. Like so many other Asian cities, is following the same path which will turn it into another faceless metropolis. Bland modern buildings and shopping malls.

Trân took me to a restaurant located behind the opera house. My Tau, it was called. I / You.


We discussed the plan for the coming weeks. What I had in mind. I had sent them some sketches of ideas, however, I think my vision will materialise as we go. 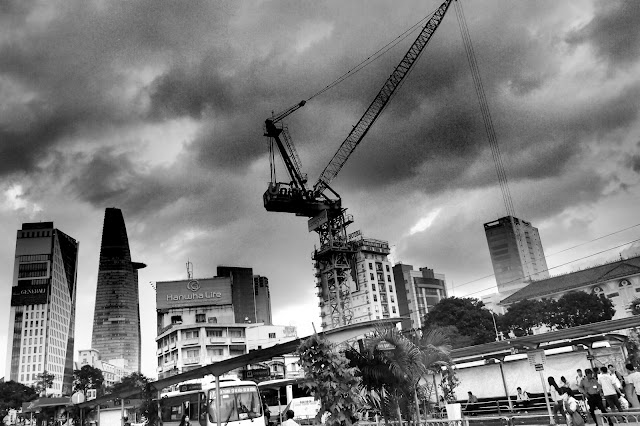 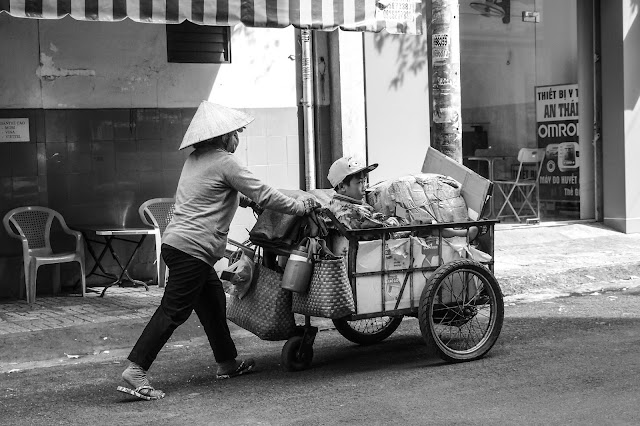 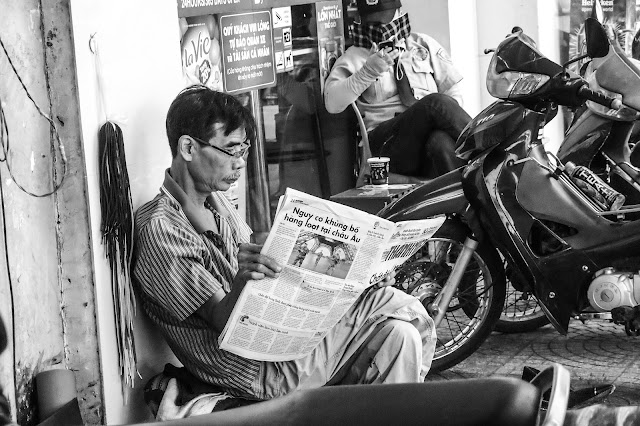 The owner of My Tau was a elderly woman from Huế. I had told Tran I would need a speaker from Huế for the Hàn Mặc Tử spoken words segment – an endangered species we are... Would that woman suit my idea? No. In fact she had been in for too long and could barely speak with the Huế dialect. “I’ve been in for too long!” she admitted. Nevertheless the food was delicious. My first genuine Vietnamese meal in months!