The electric fan is gently blowing in my direction. No AC, or it’s the direct step to catching a cold. The days are hot. It’s summer. The weather has gone extremely stuffy and humid. When I walk past the street vendors, I can’t help but feeling sympathy and above all, admiration for those people who stand all day long behind their cooking stove in this heat.
I remember my first encounter with this kind of weather, when I did everything for the first time: taking the plane, flying abroad, out of France, visiting Vietnam... We had to transit in Bangkok and it was a shock to me. I had not been warned and had never experienced this kind of stuffy heat. That was not a very good omen for the trip. So I thought. But I was wrong. One of the wonderful traits of the human being is his ability to adapt.
Mid June now. I have been out of France for nearly a year. I left Paris exactly on the 3rd of July… First Japan, then Taipei with lots of short trips to Hong Kong and Singapore.
After this terrible month of March, things have started to ease down. And suddenly, just like flowers budding and blooming again in spring, my life has taken on a new turn. I am being offered more and more interesting projects. I had been wondering about my future, but now, I found myself knowing how busy I would be until the end of 2012! For someone who goes day by day and tries to live in the moment, that is not bad! 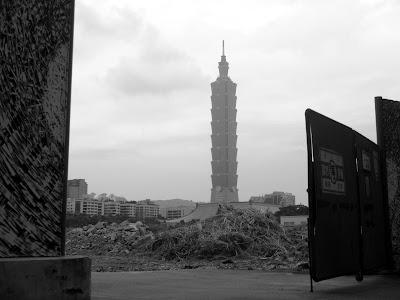 The current project is a first time for me: writing for fashion. I’m working with Johan Ku, a London based Taiwanese fashion designer who asked me to pen music for 10 short films which showcase his new collection. Instead of using the usual fashion model, he asked a French female dancer to wear the outfits and play with them. The result was different, for she brought life, depth and vulnerability to the outfits. It was a nice blend of contemporary dance, fashion and music.
Before that, he had asked me to compose music for another short, this time directed by no other than Tsai Ming-Liang. I liked the work of this designer and I liked the films of Tsai Ming-Liang. The answer went without saying.
The irony is that I was supposed to work with Johan Ku on another project. The National Theatre had approached me with an offer to pen the music for a piece done in collaboration with a French hip-hop company. That company was the first one to introduce hip-hop to the world of performing arts in France. So the idea was very interesting, especially since I am in awe of hip-hop dancers and what they can do.
However, my enthusiasm was cut short after a first appointment when I realised that they may have caught the opportunity to work in Asia, but had no vision and no clear intention. All the references they had quickly gathered the day before were the worse clichés about Asia. They accepted to do something in Taipei as they would have accepted anything in any other country.
So I listened to my intuition and politely rejected the project. I wrote to Johan a short message saying that it was a shame, but that I hoped something would come up for us in the future.
And it did!
The 10 shorts will be presented during an exhibition organised by a team of young and cool artists in music, photography fashion and street art, among them, the lead singer from Taiwan rock band Mayday and a graphic designewhose work I totally love!
The only thing is that I had a little less than two weeks to write nearly one hour of music! Half of it is done – more or less. And my computer had to play me some trick on me and crash… 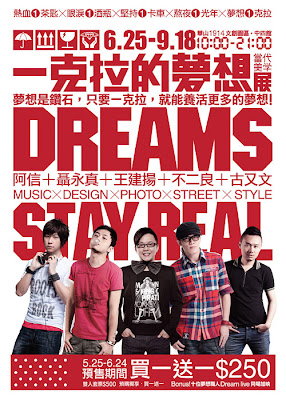 A friend of mine told me about lunar knots. I never really quite understood what that meant. I just know that it’s the position of the planets and the moon, which create some interference and disturbance.
This friend has this gift when it comes to anything that the rational mind cannot comprehend. Even if to me, the idea of lunar knot coming soon is as pleasing as a migraine, my friend is usually right. So if I find myself in a bad mood, if I feel touchy and prone to dark thoughts, or if my computer crashes,  I know where it comes from and I try to be patient, step back and let it pass. A good way to take some distance with negative energy.
Watch: The Hole
A short film directed by Tsai Ming-Liang for Johan Ku's 2011-2012 A/W collection.

These 10 shorts are not the only project I’m working on. There’s a long feature for which I have been asked to compose the score, a dance project and this play I’m trying to write which is cast aside at the moment.
A full life wouldn’t be complete with its share of pain and heartache.
I can’t say my love life is as successful as my artistic life. Maybe I made it that way…
Another story has found its final -ining a few weeks ago. It was to end in a few months, for my lover, Izac was to leave Taiwan to go abroad to resume his studies. We knew the fact from the beginning and I said that the best was just to enjoy each other’s company and be in the present moment.
But simple things are difficult to achieve.
Quite ironically, one of the things I heard him say again and again was the fact that I would still state my status on Fridae as ‘single’. I honestly never paid much attention to this kind of details. I only knew that he was very  private about his life and didn't want it to be displayed on the public place. I never thought that a status on Fridae was the cyber equivalent to a signature at the city hall… That amused me more than anything – try to look amused when the other one is deep in an emotional state.
I used to be much more emotional than I am now. I can remember all the foolish thoughts I would allow to grow and take hold of my mind. Things I imagined out of fear, doubt, lack of confidence. They're still there, but no longer magnified as they used to be. So I could understand his situation. However, what he seemed to forget was that he was the one to set the frame of the whole story. But for me the difficult part was to get involved and attached to someone who would leave soon afterward. I could not build anything solid. I didn’t think long distance relationship was even an option. When one goes away, the best is to start afresh and anew. Keeping one's lover behind would mean looking back instead of embracing the future.
But one thing I could certainly not battle was his way of considering what love should be. I know it was difficult for him to keep up with someone who lives in the moment, someone who has no certainty about anything. I could not promise him the certainty of the eternal flame. I was called a cynic when I would say that I didn’t believe in all these preconceived notions about love and marriage. Love for me had to be rediscovered, reinvented according to what one is and who one is. What we hear, learn, read about love is not our own experience. So many want the big word to be said even before they experience it.
An amusing thought just popped up in my mind: we often feel compelled to listen to our parents, out of respect or respect for tradition… More often than not, many of them have not really been happy in marriage, not so happy in love. So what can we actually learn from them? Sometime, obeying one’s parents in the affairs of love and marriage is like taking a cooking lesson from a teacher who can’t even boil an egg!
I always picture my parents arguing incessantly, the fights in the car, my mother getting extremely emotional and threatening to leave. My father trapped in his silence. The tension during meals. They did the best they could, but that was the model I had.
Now that I’m a grown up, I can see that it was not the perfect example, much as I love my parents. I had reproduced their pattern in many relationships until I realised that I had to find my own way of living my life. Becoming an adult has been about unlearning what I had been taught. Unlearn things and reconnect to myself. It took years.
As I like to say now, I don't mind things being challenging and difficult, but I don’t need them to be painful.
Whatever it is, it is exciting. And I hope many walk their own path regardless of what other think and find that something which makes life so worth living.
Posted by Aaken at 01:42