A grand day out

Xiao announced a few days ago to me that he was on a short trip to Taipei. I hadn't seen since our brief encounter in Hong Kong.
One never knows what to expect with him. But I like that. Even from the distance of Beijing, he had proved a faithful and solid friend when I had no one to turn to.
His was a very trying friendship though. He never minces words and doesn't indulge in self-pity.
We didn't know when we would see each other this time in Taipei for he was busy with work. Only this morning did he call to tell me to meet at the Main Station. The destination wasn't clear to me since I couldn't clearly hear the name he told me.
And there we there: JiuFen, Hou Hsiao Hsien's The City of Sadness. Kiko had also told me about this city when she came to Taipei, a few month ago. "That's the city which inspired Hayao Miyazaki for Spirited Away!!!" she said.
I had tried in vain to remember the name she had mentioned.
We took the train, then the bus, which took us to the mountains. The scenery was breath taking. Why had I waited so long to get out of Taipei? There were two places Xiao wanted to see: Jiufen and Jinguashi, the old goldmines that were exploited during the Japanese occupation. We first went to Jinguashi. Jason told me he prefered Jinguashi to Jiufen, which had become much too touristy for him. It's true, from ghost town, the place has become a favourite destination for Taipeites who want to have a change of scenery for a day or catch a glimpse of the golden olden days.
The original flavour may have vanished away now, but at least the city has found a second life.
We didn't stay long in Jinguashi, because we wanted to see the sunset over the mountains and sea. Xiao was elated and kept on shooting pictures until it was too dark.
My first time out of Taipei. There will be more! 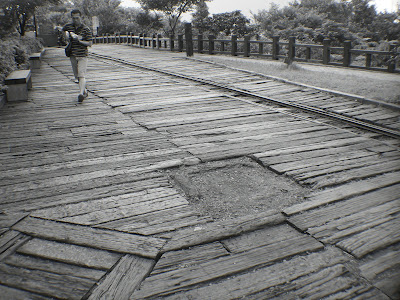 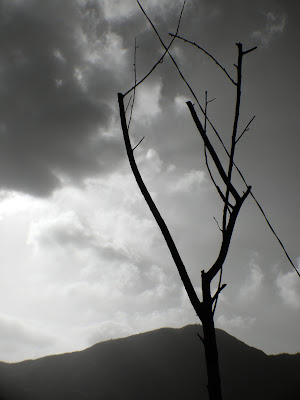 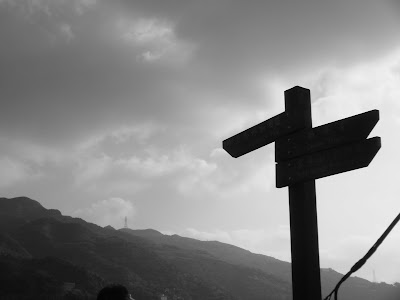 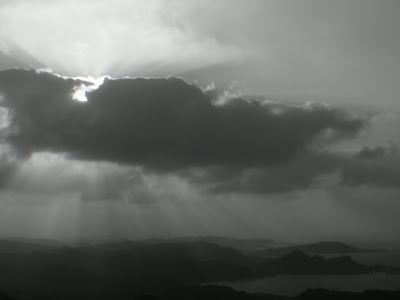 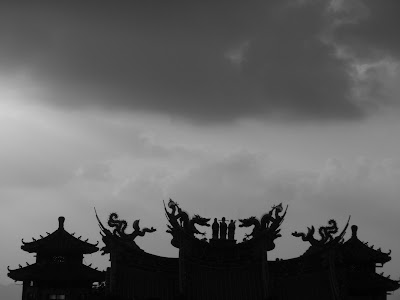 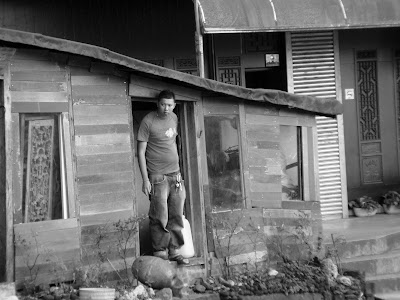 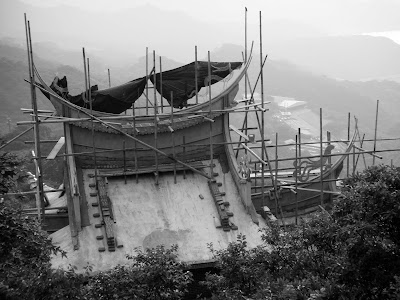 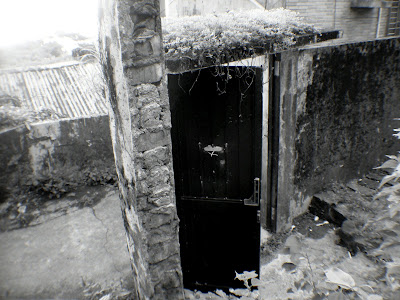 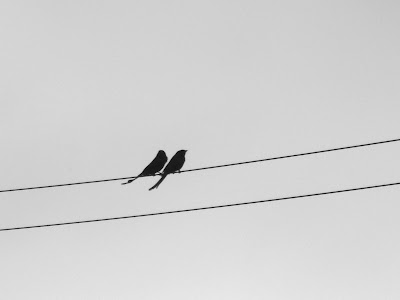 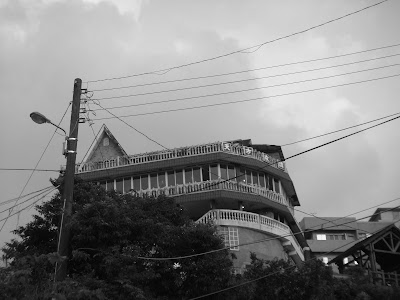 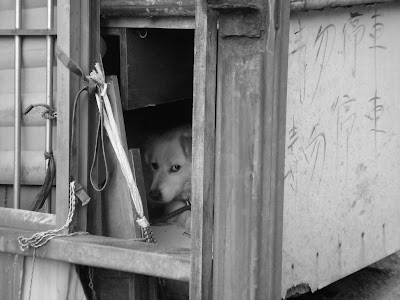