The Hoffmann Diaries
I’m in Niigata now. I arrived in the afternoon after a trip that lasted more than twenty hours. Jo had told me to take that first day to rest and come to the theatre tomorrow, but how could I resist not coming? I had nothing to do in my hotel room apart from feeling sleepy, so I decided to go and greet them.
Weather isn’t unlike Paris as I left it, though a few degrees hotter. But it was not the tropical nightmare like the one I am expecting to get in Taiwan.
I walked to the theatre. My favourite shops were all closed, to my biggest chagrin. No more temptation on the way! The city was quiet as it was on the first day I came here. I caught glimpse of a few school students in uniform but the streets were deserted.
There was a run-through of the prologue and the first act this evening. The first run-though for the dancers, apparently. They were all under pressure. The costumes were ready. I was sent pictures of them last week and I was so impressed by the originality, invention of the designer. It suddenly gave me the first hint of how Hoffmann would look like on stage.
I showed them to Isabelle who felt even more frustrated not to be able to attend the premiere.
I was enchanted.
Once again, Jo did marvels. The stage design is made of countless lego-like wooden boxes and panels that could be turned anything, into a table, a throne, a wall or a miniature stage. The light design wasn’t finalized yet, but that hardly mattered. We have created a beautiful work. When you watch it, Les Contes d’Hoffmann, bears no connection with the opera at all except for the name. The costumes, the music and the set design make it a totally original piece of theatre. It is actually closer to Japanese theatre. The music gives it a timeless feel. If I was a little doubtful about what I had done, the feeling has vanished. I composed the score in a state of stressfulness and semi-consciousness; the major focus being to finish the music in time. Now I’m awake again and can appreciate the fruit of those months of hard labour!
I can’t wait to see the second and third act!
Jo worked on the light design for a couple of hours before we went out for a late dinner. As Sawako said, it felt like I never really left Niigata. 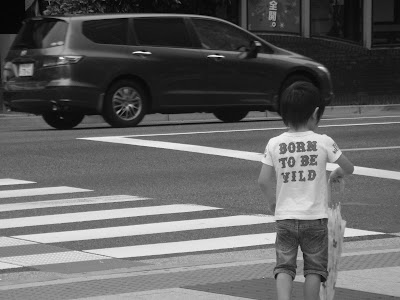 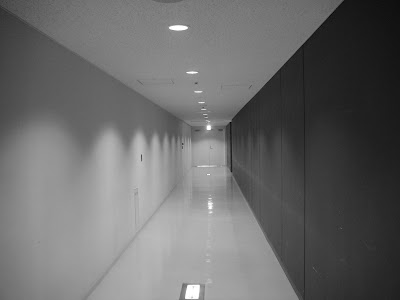 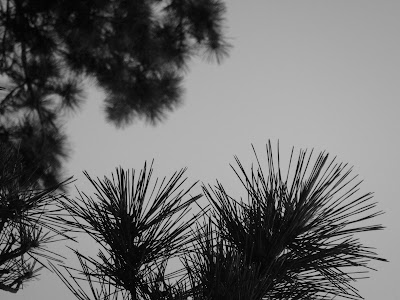 The last night in Paris seems like part of another story, now. The last days were so intense emotionally. The movers came last Saturday and packed everything – well, mostly my books, CD’s and DVD’s. That day was total mayhem for me, and if it wasn’t for Mathilde’s presence, I think I wouldn’t have been able to handle it. Lots of things were left in the flat. Isabelle, Nicolas and Dennis are the guardians of this flat until it’s handed back to the agency in September.
I’m so fortunate to have such friends.
Isabelle organized a surprise farewell dinner with a group of close friends and my parents at her place that evening. Naturally, I didn’t suspect anything, so busy was I and so skilled were they all in the art of pretending. For me it was an intimate affair with her, her husband Richard and Quentin, my dear 7 year old friend. At the time I was supposed to show up, I was still cleaning and tidying up my flat. I called in desperation and said that I wasn’t sure to make it. She insisted, saying that Quentin really wanted to see me. Her firmness of tone convinced me.
I arrived an hour and a half late. Richard picked me up at the station.  When I entered the house, I didn’t see nor hear anybody. The rooms were dimly lit, the atmosphere was so quiet. Maybe Quentin was playing hide and seek. ‘Go look for Quentin’, Richard told me. I walked a few steps more into the living room, where an uproar of cheering voices greeted me. My parents, Jan, Julia, Nicolas, Marianne, and of course Isabelle and Quentin was standing in front of everyone, all beaming and smiling to me. Quentin was a hoot, as usual.
I had been feeling quite emotional the past days, and that surprise created a big storm in me. I cried.
Posted by Aaken at 07:46