Act III brought tears to me eyes more than once. Was it the piece itself or a particular emotional state that found a way to flow out…?
Whatever that was, I simply loved it. Isabelle’s aria is magnificent and so moving . What a pity she can’t be there to see it, hear herself and be proud of her work. The final scene which gave us so many sleepless nights and necessitated four rewrites is now gorgeous and poignant. Koji’s violin playing is so soulful and sensitive. I would never thank him enough! The third act is Jo’s favourite. It is mine as well.
Now I wish Hoffmann becomes a successful ballet and gets to tour around the world in the best theatre houses. The apprehension I had when we started has now completely vanished. It’s a totally original piece, in spite of the plot. When one sees it, one forgets about Offenbach’s opera. 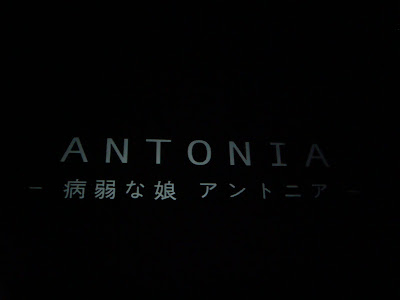 […]
I have been gone three days already, and I received many emails and messages from friends and of course my parents wishing me a good first days in Asia. How I hope they could witness what is happening here!  My father wrote that the director of Le Gardien de Buffles would like to collaborate with me on his second long feature.
I wonder why he doesn’t ask my father. But that’s good news. I’ve also been asked to score the soundtrack of another film by a young Vietnamese director who lives in Canada and who’s also working on his second film. It’s supposed to be six shorts threaded into one. A Vietnam I love you? I saw the trailer of one of them featuring two young children. The exciting news is that I will have an orchestra at my disposal to record the music. There’s that orchestra in Prague which specializes in film soundtracks. Everyone from Europe to the US has been asking for their service. They’re much cheaper and they play well. I’m very impressed by the idea of it.
So many good things to look forward to!
Posted by Aaken at 10:39