I have been drifting from one day to another without knowing where I would end, or what I would see. Two weeks indeed it took before anything started to make sense.
I have had this lunch with Phil Whelan who has a radio show airing every morning. Fred organized the whole meeting thanks to his friend Jason, a computer genius as well a jazz pianist from Hong Kong with an uncanny London accent that made me wonder whether there wasn’t somebody else hiding behind him.
I don’t know where this appointment will take me to. But meeting people is a good start. Phil seemed interested in what I do, especially when I mentioned my work with Jo. I will hand him the CD of both NINA and PLAY 2 PLAY, as well as the DVD of NINA. I think it would be a very good thing if Noism could perform here. Since Jo has been nominated by ELLE magazine as one of the up and coming choreographer, they could develop some kind of buzz around him. That is, if he’s willing to play the game…
My life here becomes one of a socialite’s! The pace is now so quick that I find it hard to realize what is happening. If the first two weeks went by rather smoothly, I have the feeling to be in four different films running at the same time. Yesterday for instance was the opening night of the D&G shop. A crowd of picture perfect male and female models, local celebrities and a whole parterre of ‘handsomites‘. I must say that I was highly impressed by this one model, a Chinese-German girl, beautiful beyond beauty, who had the perfect smile when it came to have a picture taken. Her smile didn’t radiate any warmth, but I was struck by how ‘perfect’ it looked. As much as Maria Callas knows how to carry an opera aria...
I went with a few friends, although I showed up late only for a few minutes and was given a golden bag when I left. A group of five trendy boys each carrying a golden D&G bag… I guess we were a mystery to no one.
Another event I attended the night before was the ceremony for the 80th birthday of His Majesty the King of Thailand. There wouldn’t much connection between me and the Thai community if it wasn‘t  for my friend Gob who invited me. The evening was of course just an excuse for people to show off and eat delicious food after two speeches and a traditional dance performance that went completely unnoticed by the audience.
I enjoyed the challenge of trying to word out my situation in Hong Kong each time differently to all the people I would be introduced to., although each introduction would follow the same pattern, with the same reaction, the same questions. I would do some ad lib when I’d find that my reply didn’t really matter.
Sunday saw me attend an underwear show. No one really cares about underwear, but the body - not the person, that has it on.
Now that two weeks have gone by, that my enthusiasm has waned, I can see behind the mirage and observe more attentively the people and the place.
Hong Kong is definitely not a place for me to live. I love its dynamism, the fast paced excitement that it brings. But people do not seem happy here. They look like they’ve hypnotized to follow strictly observed rules. The obsessive need to look good, the urge to display the latest hot item, be it a bag from Gucci, an i-Phone or a hairdo. While the same thing can be said about Japan, at least I had the feeling that the people enjoyed somehow. Here the life doesn’t seem to allow much enjoyment. Keeping up appearances is a job, for market value, as a friend said to me yesterday. Everyone goes to the gym to shape up into this magazine-like über-man or über-woman. Since everyone does it, there’s hardly any room for those who wish for something else. I am even surprised to be surprised by my reaction. I have lived in Paris, London, Tokyo. But I never felt this silent glittering sadness so strongly.
Shattered souls. 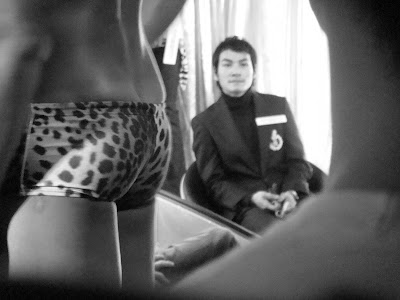 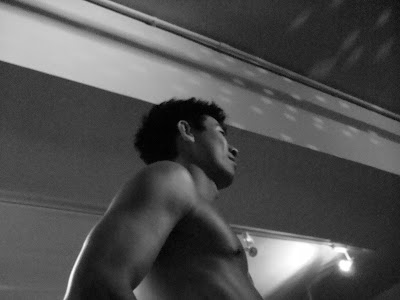 I’m listening now to In Rainbows, Radiohead’s latest album and it’s a masterpiece. If the previous opuses were interesting and very ambitious, they have reached some kind of simple perfection with this one.
Good because not much has aroused my ears lately.
But tonight, I will hear the Hong Kong Philharmonic in an all Sibelius program conducted by Edo de Waart. It’ll be interesting to see the contrast between what they do and the hours of wonders I experienced last month in Paris with Esa-Pekka Salonen. 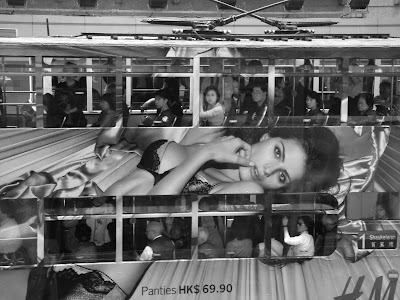 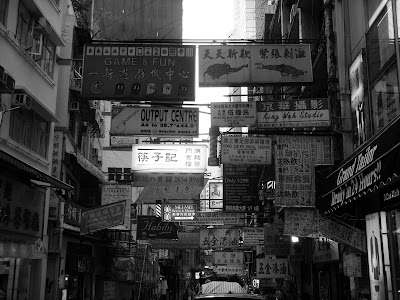 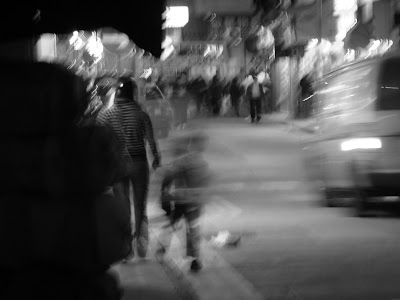 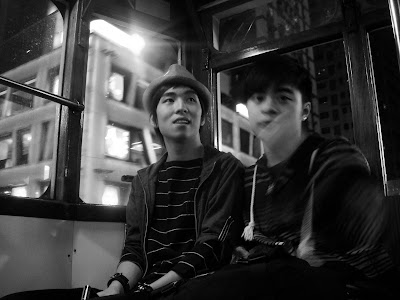 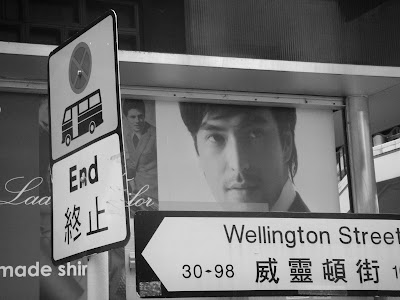 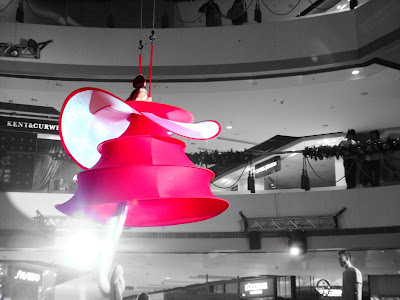