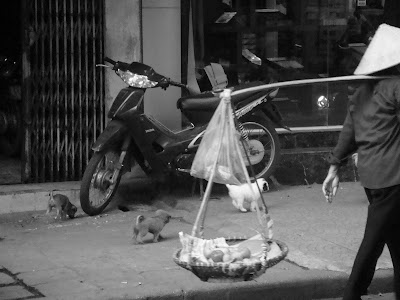 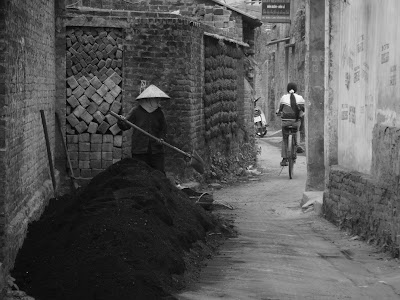 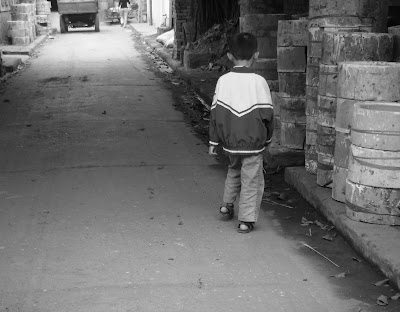 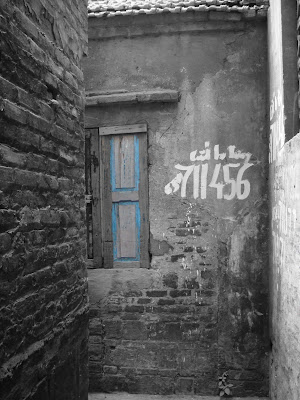 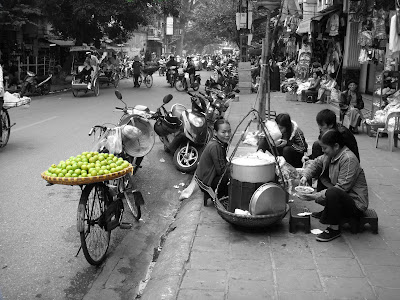 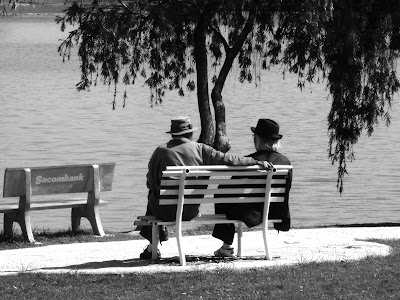 I can’t believe it’s nearly over. In two days, I will be flying down to Saigon. I don’t even know where I’m going to stay. I had this offer from a friend, Brian to crash at his place, but haven’t managed to get in touch with him. I don’t care really, because I know everything will be fine. It has been until now, and I like this way of traveling. Not knowing, just going and finding when the time is ripe.
A farewell party was organized for all the people involved in the festival, the members of the orchestra and the staff.  And it took place at the Goethe Institut!
I had a nice chance to have a long talk with Rohan de Saram. I really like the man. He has retained a fervor for music that so many lose at this stage of their career. I served as an agent and interpreter for my father and smoothly led to a commission for a new cello piece!
My father and I had  one of those moments worthy of those father and son dramas where the two reunite in a silent final encounter in nature. It didn’t happen on the top of a mountain, or in a deserted landscape in the wilderness of nature but in a spot near a lake where a legendary hero returned the sword that allowed him to defeat the enemy to the Turtle Genie. We sat on a bench for at least an hour, just happy to be together. How I wish I could also share such a moment with mother and brother.
Nam took me to some nice places to eat, then to a bar where youths are allowed to have fun until the bell would ring midnight. The place was packed and everybody was dancing joyfully and singing along to the tunes. One song I have been hearing a lot in Hanoi, an odd medley of Christmas songs from Jingle Bells to Joy to the World blended with… La Macarena, was played near the end to signal everyone to leave. And of course, everyone sang along, especially on Jingle Bells. Surreal!
Posted by Aaken at 01:55