Two days and it will be the concert… I didn’t see time pass. Twenty fours hours seem like one minute for all the things I have to handle. Rehearsal all day, whether with Bévinda or with the musicians, followed by time at home to compose the music for Jo’s ballet. I still manage an hour at the gym to release the body tension. Not a minute to think of anything else. As soon as I lie in bed, I immediately forget everything in an instant deep sleep.
Fortunately, Vincent, the drummer, has a studio in his house, which allows us to rehearse as long as we want without worrying about squeezing hours of work in a more limited time. The hardest was to get everyone to be there. Life as a musician isn’t an easy one, so everybody has to juggle many commitments which sometime have to be combined with family commitments. So we only had five days to get this concert on foot.
The lack of time inspired me new arrangements that really fill me with excitement. I can’t wait to play them on Thursday.
Natürlich, I fell sick last week and had to cope with a coarse voice for days. I don’t even need to find the reason. I’m just happy it happened a week before, not a day before!
It’s so enjoyable to play with Vincent and Rémy. To think that I have known them for more than ten years, in the old time when we would tour with Michèle…
They’re like brothers to me. Koji and Pascal and the new additions. Koji plays the violin and studies music and pastry baking in Paris. His idea is to open a tea house in Tokyo which would offer both to the clients. He shows so much enthusiasm for anything. I watched him as he was having a look at my flat and trying and touching objects and instruments. He was like a little puppy in a garden sniffing everything around him. I hope he retains that quality for a long time! Pascal is the one who saved my life when he advised me to try drops made of grapefruit seeds. I tried it and indeed felt better a day later, whereas mrs. Tian’s Chinese medicine didn’t prove efficient this time!
Music for the Tales of Hoffmann is starting to shape up. I managed to pen a good half hour last week in the chaos of the concert preparation. Rémy, the bass player, saved my life by giving me a software that allows me to work with a virtual orchestra. I was flabbergasted by the sounds. They sound really real and rich. So I can send Jo drafts of the music and eventually re-record some parts with live musicians.
Went with Nicolas this morning to the newly opened uniklo store near Opéra and found my outfit within five minutes. The cut is perfect and the material is great. I never thought of going there for clothes in Paris. The prices are quite affordable and they have better quality items than in H&M. I’ll go there again very soon to get other things! Want to wear something else than those over worn pullovers and t-shirts I have had on those past months. 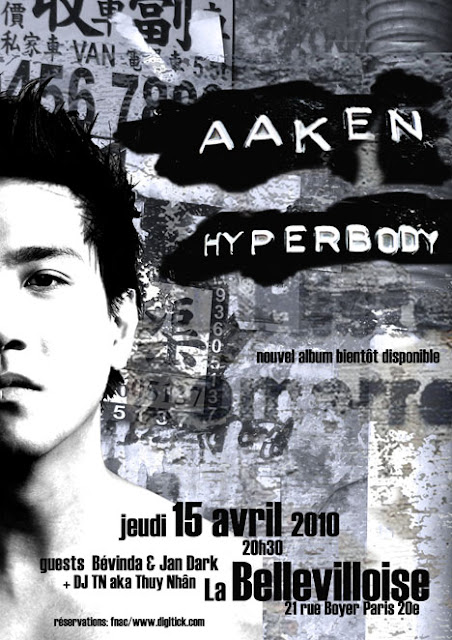