Tree called me to inform me that Echo was giving a concert. The event was entitled Britpop night, whatever that meant I didn’t quite figure, and the gig took place near the Taipei University, at a venue called Wall.
It was overcrowded. The bad played well. The lead singer sang well. He wore a stylish jacket and a red shirt with smashing shoes to match. A very cool bloke he was, I thought. I detected a strong Brett Anderson vocal mannerisms - certainly coming from in his admiration for the singer. It was even more uncannily striking when he would sing a Pulp song. Britpop night it was for they played many songs from Muse, Radiohead, Suede, Oasis and of course Pulp. I wish I could have heard more of their own music.
By the end of the non stop 140 minute long gig, the singer committed the mistake to overstay on stage and sing numbers that weren’t quite well prepared when the best move would have been to leave the crowd wanting for more. However the concert gave me lots of ideas and left me to admit one crucial thing: I badly needed to play music, to sing and perform. It had been too long!
Tree introduced me to the singer backstage  - what’s his name already… but after two hours of concert, he was exhausted and deeply upset about getting out of control and singing these unnecessary songs. I recognized a perfectionist attitude and could totally relate to that. We’ll set up to meet again another time. I’d be very interested to work with him.
Tree claims he’s the smartest guy in the indie scene. He does a lot to promote the independent music scene in Taiwan and has launched a website to feature all the new acts that comes. 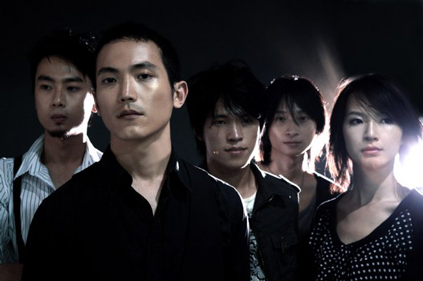