The audience roared and applauded enthusiastically. I was in heaven. I’m so glad I came to Taipei to live that. Jo seemed also very relaxed and happy, much more than two years ago, when we went to New York. As he said, the New York performances were the first ones outside of Japan, so he was nervous about how people would react to the piece. And the article published in the New York Times affected him deeply.
I saw some boys and girls trying to imitate some movements they’ve seen in NINA. It was so cute. A university teacher from Guandu came with a whole group of young students who cheered excitedly at the sight of us when we walked out of the theatre and of course wanted to take millions of pictures. One of the Noism dancers, the youngest, revelled amidst the adoring fans and later said to me, as he was waving to them from the bus  « If I lived here, I would be a star …» before adding « Star Academy » with a little smile.
Who could blame him for loving the attention?

I took Jo and Sawako to the ShiLin night market. I wanted to show Jo something on the way, at the MRT station. When we reached the spot, I heard him gasp then laugh: he was facing a giant picture of himself which was used for the advertisement of NINA.
"They really do things well here" he exclaimed.

My head is boiling up with ideas for Les Contes d’Hoffmann. I want to enhance the tale telling aspect of the plot and bring the fantasy and fairy-like quality to the front.
It is E.T.A Hoffmann after all. I will do some more research about him and read some other tales.
Speaking of which, Jo has told me that the date of the premiere is precisely on my birthday. Something supernatural is indeed happening…
[…]
So I did sing at Micky’s wedding. I crooned through Cole Porter’s classic I’ve got you under my skin . Since I didn’t even have a percussionist, I asked the audience to snap their fingers, which they did willingly.
It was a wedding banquet. The wedding itself took place a week or so before among the family.
Like all Chinese style banquet, the meal was a 15 course meal. We were already exhausted after the fifth!!! 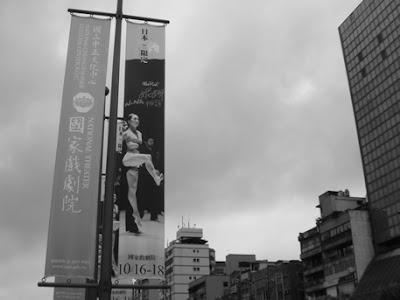 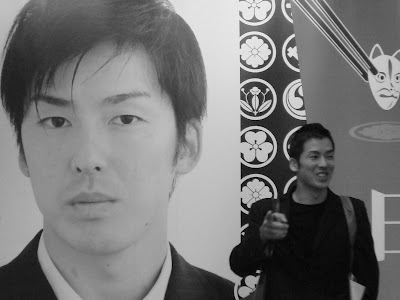 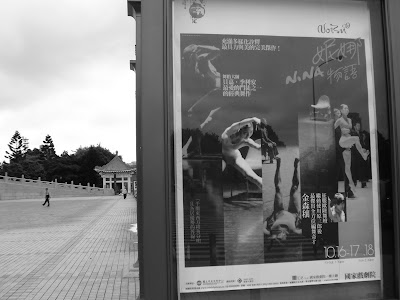