The year 1998 was a turning point for me, because my real life as an adult started then. Madonna was releasing her Ray of Light album and I was still touring with Michèle Atlani.
When I get into all the details and facts, I realize how far away it is from now. Ten years. But to me, it’s still only a little while back… I was nearing my thirties, now I’m getting closer and closer to the fatidic stage of the forties. I have this Dorian Gray syndrome that makes me look youthful whatever my age. So it’s even more confusing for me. 1998 could be a day ago; 2010 is in two years and I‘m drifting in time.
The Year of the Rat is coming.
I visited a few temples recently. The Sha Tin monastery with the ten thousand buddhas. Not the most popular spot because it demands the visitor to climb a little mountain - the path up to enlightenment…And Hong Kong people being their lazy selves, they wouldn’t go if a lift or an escalator isn’t set for them. Physical effort and sweat are out of the question. On the other hand, they like to go to the gym… A paradox, if you ask me. But then, yes, one can always shower after the work out…
Ah Sing took me to another temple yesterday. We arrived late so we only had the time to have a rough view of it. But then I saw the bamboo sticks fortune telling and suddenly got to indulge in some revelation.
I drew the stick number 92 and went to hear two ‘masters’ who revealed to me the mystery behind that magical number. Revelation it was not to be, because I knew it in my heart already. The same answer came twice: the upcoming year would be filled with great opportunities as I am finally entering my prodigious decade. However lots of efforts and focus on work for the first half of the year, with their share of headache and frustration. That’s when I’m going to be working on my album. From summer onward, it’s going to be all good for me. 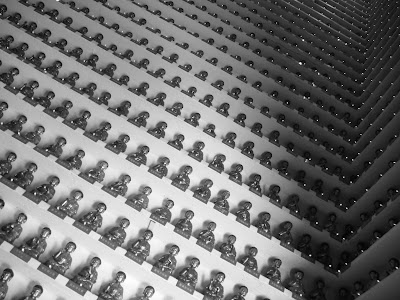 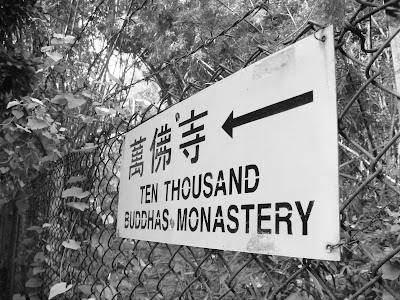 I intend to leave my Parisian flat around autumn. As if the new year wanted to tell me that the decision was right, one of the friends Siu Yung is currently hosting in his Lamma flat, Steven, happens to have a place to rent in New York. He’s a musician and is traveling a lot, especially to Asia where his heart truly belongs. So if I was willing to share the flat with him, I might have it to myself most of the year, since he’s practically never there.
I find it hard to believe things can be so easy. But looking back on this current trip to Asia, I find that I’ve been really lucky, finding accommodation wherever I’d go. I just chatted with a friend in Singapore and he offered me a room. I must have a lucky star, coz it shines on me wherever I am…
I may be broke and not know how I’m going to go on for another month, but I’m alive and savoring every moment of this journey.
[…]
On that opening of the Dolce & Gabanna shop in the IFC shopping mall, I met Francis Cheng who turned out to be the PR who’s organizing most of the events in Hong Kong. His address book is impressive: all the big names are there.
From A to B and B to C, we were introduced to each other and a few days later, we were discussing how a good way to establish myself here in Asia. The state of the music market doesn’t make it easy for me, but being a total stranger to these practices,  I have the advantage to play the game I want to. That means of course working very hard and seizing the right time to act and talk.
Today, Francis invited to me to a fur design competition held at the Intercontinental Hotel. A parterre of local celebrities, socialites and business people. I was sitting at the same table as some Hong Kong top fashion designers, top models and top Wyman Wong a very famous songwriter who writes for everyone here and is also considered as a fashion icon. Fashion, fashion… Top, top, top…
Anyway, I set myself at my most charming and exotic.
One bead leads to another in this string of pearls; I never know what I can find in the end. But the game is quite enjoyable. As long as one knows that it’s a game. I must be thankful to Mihara-san for saving me from total fashion disgrace, for his coat made a very good impression on the people. I don’t envy the ones who have to regularly grace all these event with their presence.
The outfits presented tonight went from absolutely fabulous to absolutely hilarious. For some mysterious reasons, they used snippets from Disney’s Alice in Wonderland, the use of music didn’t make sense at all. I later suggested Francis that I wanted to write the music for next year’s event, to which he agreed.
Posted by Aaken at 23:51