Going to new places isn’t just about changing location. I have realized how much it takes for the body to adapt to the food, the air, the pace, the weather… Living in Asia isn’t that easy for me because I’m not used to that heat and the constant exposure to air conditioning. It just means that I have to change the way I live physically. I have for instance realized how little water I’d drink everyday. In my case, that would prove lethal. My body has been giving my warnings I have to notice.
I just understood that today. I cannot move to another place and just bring who I am there without and adaptation. I wonder how closely people pay attention to that aspect.
I’m more and more inclined to believe that it’s not going to be New York, but maybe Asia. The city remains to be chosen. I still have to go to Taiwan and Shanghai, therefore also learn Mandarin in the process.
Singapore could be a nice place to start. Everyone speaks English, which is quite convenient for me. At worst, I could easily find a position as a French or music teacher. But there are lots of other things I will have to try and slowly think of myself differently. Mutation. Funny that it didn’t occur to me before now.
I’m staying now in a flat in one of the many housing estates in Hougang. It’s quite working class here, something similar to Sarcelle, a city near Paris, but with a totally different feel. There are food centers
Contrary to Hong Kong where most of the old buildings have been destroyed in favor of new, taller and more profitable condos, in Singapore the old quarters have been preserved, and it’s so agreeable to walk in Chinatown for instance, or along Arab Street and enjoy the view of these charming Victorian houses.  It creates a nice contrast to the bay area that promoters have been quick to develop into a commercial center.
I was taken to the Chinatown area a few times for a stroll during the day and clubbing and partying in the night. It was then that I saw these night auctions. Not Sotheby. Maybe just for the fun of it for the prices were ridiculously low. Some decorative objects that were introduced as the epitome of beauty to grace one’s home.
On one side a man who was indeed very lively and professional. On the other side, a woman whose voice sounded like a cat in pain. As we walked back again a couple of hours later, the cat was nearly dying. 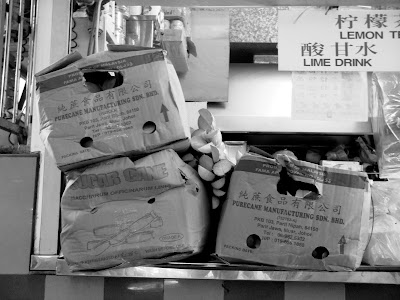 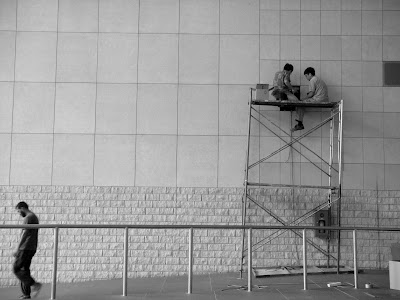 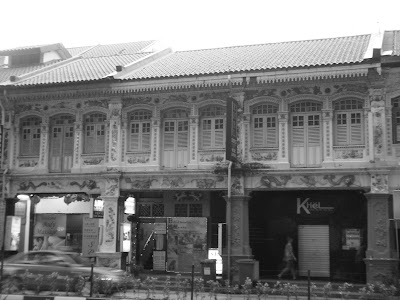 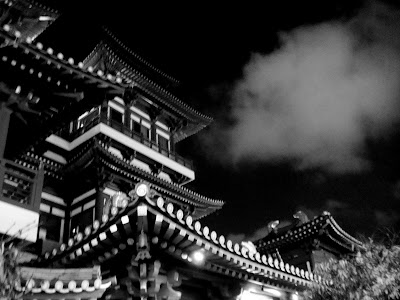