Nicolas and I had our first real chat in weeks from both end of the globe. He has just arrived in San Francisco and was telling me about his impressions on this very first visit to the Land of Abraham Lincoln and the hamburgers. I was happy and relieved to learn that he didn’t encounter any major problem, in spite of his poor English. I really admire his boldness and courage. He shows the stuff of a true adventurer who wants to give meaning to his life. I learned so much about myself thanks to him and now I  also feel this inner strength that pushes me to reach for what I believe in. If people could inspire each other in such a way, I’m sure many more of us would decide to go for the big leap.
My stay in the (mer)Lion city has come to an end today. It has been a much needed quiet time so that I could digest two month worth of intense experience. Being in a new environment hasn’t been a distraction. The friends I have encountered here have showed such a genuine generosity and kindness that my western brainwashed suspicious mind first couldn’t believe it could be so simple. Why not? There are many ways to live and to interact with one another. Maybe it comes also from the fact that Singapore, as well as Vietnam, Malaysia or Hong Kong have been colonized for a long time and therefore compelled to cope with the presence of occupying forces or migrating populations. As this man I interviewed once in New York said, ’it doest’ mean that people from a different ethnicity will like each other, but at least, they tolerate each other’s presence. A man can curse the whole Asian race and be found eating Chinese noodle with his Asian friend one hour later.’
I tell everyone how much I enjoy being in Asia, even if it is not originally my country. There might be differences, but I have never felt this subtle contempt or haughtiness I have come across during my years in France. Not to say that everyone behaves in such a way, of course. Maybe it is just my fear of rejection that made me over-sensitive regarding that issue.
Even though I have was born in France, the fact that I look Asian will always set me apart, however better my command of the language or my knowledge of the culture. Call it human nature, claim that it actually happens anywhere in the world - if not, why all these wars…
My father told me that, not so long ago, he was about to post a letter in the mailbox when he heard a middle-aged woman mutter behind his back
"Oh… A man from Asia. They‘re going to rob us of all our pension!!!"
My father did not deign to reply. What can one say? Answering would be acknowledging them. I wasn’t that composed on a similar occasion, when, on the day I sent Xiao off to the airport, I passed a very young girl who started crying out ‘chinetoc’ with a nasal voice for each Asian person who would walk past her. Whether she was aware of her what the word meant, I‘m not certain, I stopped in front of her and asked:
"What did I hear you say?"
No response but an embarrassed  blank stare.
"Why did you say that?"
No response. Blank stare.
A Japanese man who was standing nearby signified me with a stare that it was not worth paying more attention to her. I was angry though. Not at the girl, but at the parents who let that happen without saying a word. They were standing next to her the whole time merely told her to ‘go and play behind' and continued their chatting.
Maybe it sent me back to my own childhood when that kind of behavior was a daily intake at school. It made me angry. Xiao managed to calm me down.
Oh, I don’t say that will not happen anywhere else. But if a few years ago, the president of the National Front would have been banned for his usual racist jokes and innuendos,  now the current president can say the same things openly without causing even a raised eyebrow. Sadly that doesn’t only happen in France, but in many other European countries. People are afraid and completely at loss regarding the future. I only hope they will not choose to close up and become blind to the big changes that are drawing closer the coming months and years.
My friends in Singapore were surprised I liked their city so much. Everybody says Singapore is boring. The usual feeling is that nothing much happens there and a four day stay is more than enough. Nonetheless there’s the awareness that a strong cultural life is needed for the city to sparkle even more in the eye of the world.
My intention in the coming years is to create this network of artists throughout Asia and get them to work and collaborate more with each other, thus developing a pan-Asian cultural force. 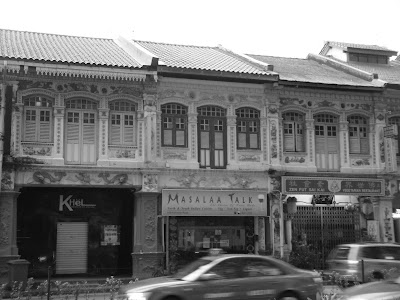 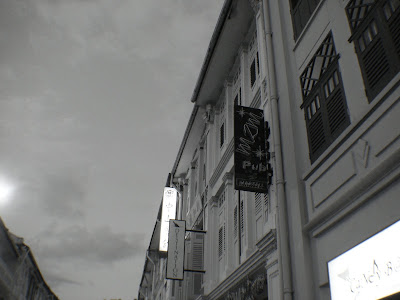 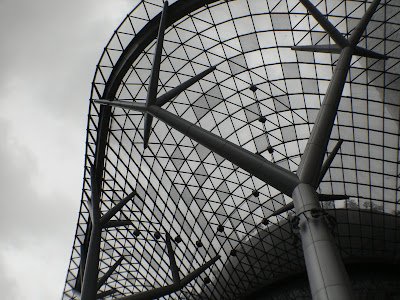 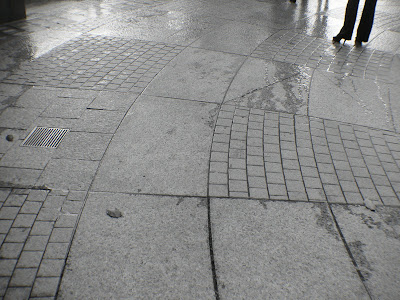 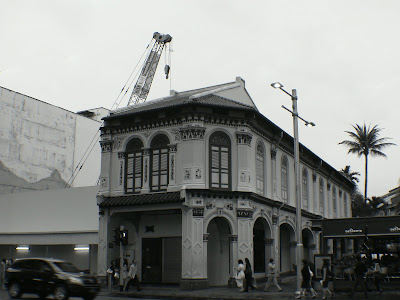