My uncle passed away yesterday.
I thought of about two days ago. When I realised that, I knew something was happening.

He had been living with an ailing health these past years, barely able to move, much less walk. Fortunately, he lived long enough to see the marriage of his daughter, the birth of two grand children, for whom he chose their Vietnamese name.
I shall miss him. We were not the most intimate, but he had always been there to support us. He was responsible for my first and revelatory trip to Vietnam for my twentieth birthday. He and his wife wouldn't mind driving all the way from Geneva to any city in Switzerland whenever I would come to give a concert with Michèle Atlani. That spoke a million words to me. His daughter, my cousin Thao is one of the few relatives whom I feel deeply connected to.

He came to visit me a second time after his passing. He talked about his wife. About the unhappy marriage. But I felt peacefulness.
"Tell her to travel as much as she can. She must enjoy herself now... "

Just that day, Samuel brought back a bouquet of arums. He didn't realise how meaningful the gesture was. He and William had gone outside of Taipei, to a farm and came back with many of those flowers.
"Arums remind me of the temple when I was a little girl" my mother once observed when she came to my flat in Paris and saw the flowers. 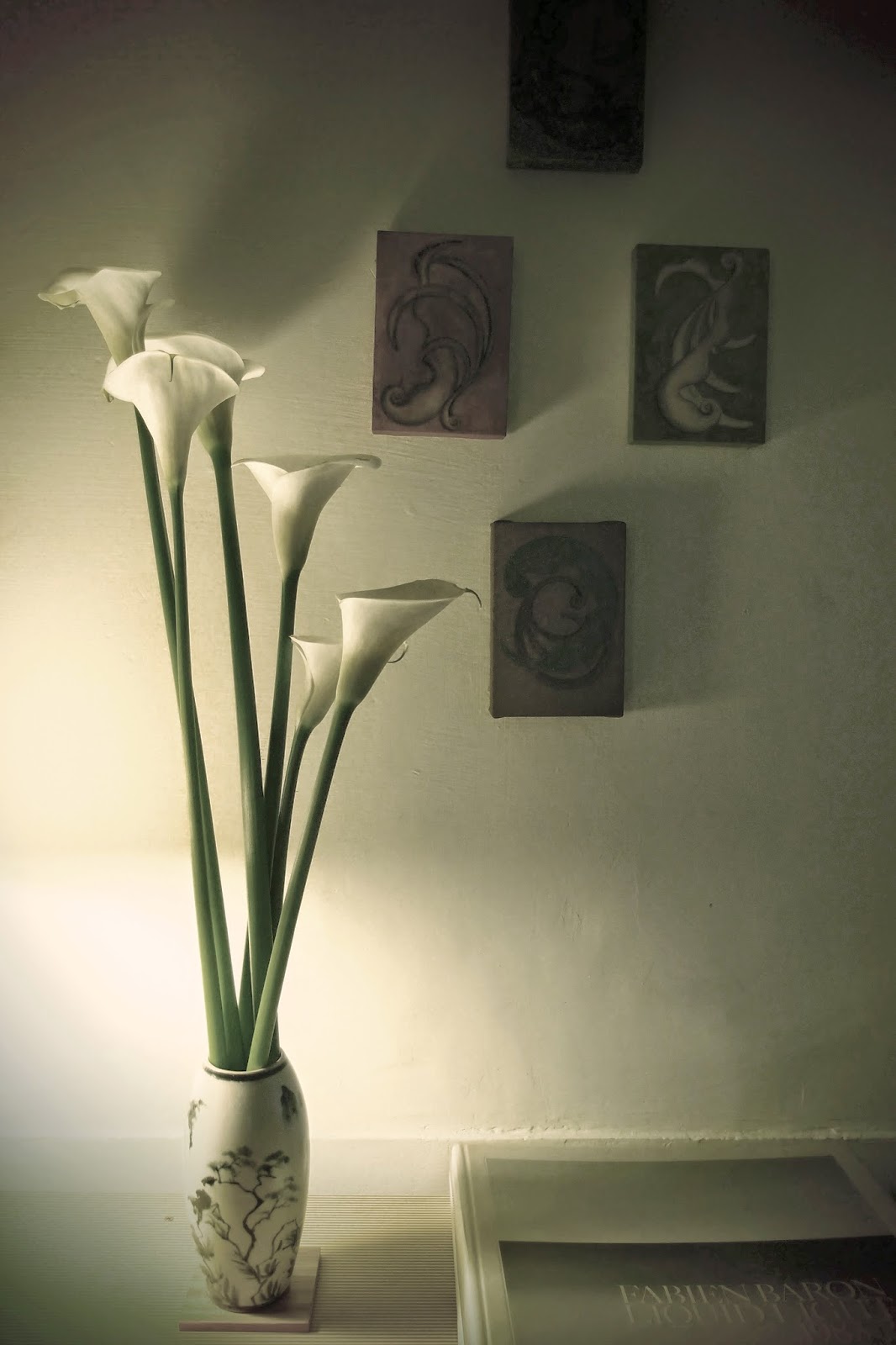