I was naked in the locker room of the gym, just about to wrap a towel around my waist before going to the shower room when my mobile phone rang.
"Hey An! It's Jing! Are you free tomorrow? Do you want to see a show?"
A show? I'm always on when it comes to attend a show, although experience has also taught me not to say yes before I know what it is about.
I didn't quite understand what Jing said. I heard the name of CloudGate and made out that the venue was the Taipei Arena.
"It's at 8:30... in the morning" Jing added.
I gasped and my towel nearly fell to the ground.
"What kind of show is that? At 8:30 in the morning??? ... Okay I'm coming!!!"
And I went to the shower.
Aaron came that evening to my place and we chatted until quite late at night. He's quite shy, but he's passionate. He was standing near the bookshelves and asked whether he could have a look at certain books which intrigued him. As a designer, he has his eyes constantly opened and alert. The books were all special editions released by French folio societies in the 50's and 60's. Emmanuel introduced me to the world of edition and bibliophilia and I developed a liking of those editions.
Aaron found them very inspiring, especially the design and the binding. He may be a child of the digital age, but he relies very much on 'traditional' material, namely paper, cardboard, drawings, film photos...
I was also delighted to show those books to someone who as able to appreciate them. Each of these objects, books, photographies, paintings or records holds a story that is waiting to be told. 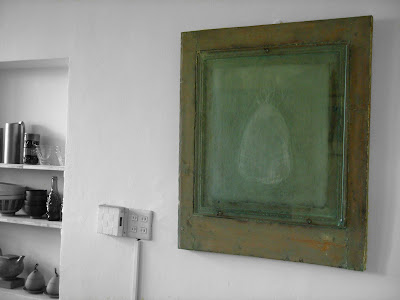 There wasn't much less left to sleep before I would have to wake up the next morning to attend that show.
I set my alarm clock at 6am. I didn't want to take the risk to be late.
It was full house that night. Andy knocked on my door to let me know he had come back. Then Chubby and two of his friends came back in the wee hours, banging on doors and trying to suppress giggles. So much with my attempts to save some sleep.
It was not a show. It was a giant Buddhist mass. I got to the venue at 7:30. The bus was faster than I expected and I wound up waiting nearly a whole hour before Jing and ChingYao showed up.
A giant Buddhist mass which lasted three full hours. Strangely I didn't get bored. It was boombasting, tacky, annoyingly preachy and at the same time, somehow moving. The display of discipline - a cast of thousands, as old Hollywood films would advertise it,  was impressive. The synchronised movements weren't without bearing some similarities with what was done during those monumental ceremonies in communist China or Nothern Korea. The Cloudgate dancers were purely ornemental. I even caught sight of Pan Lili. What she was doing in this show was a mystery.
I may agree with the ideas they professed, but I don't like the preachiness and the simplistic way the messages are conveyed.
I could only sigh with relief when it was over. Jing felt so sorry to have dragged us there.
I didn't regret it. But it was much to surreal to me.
The consolation was to go to a Vietnamese restaurant called Good Phở You. At last a decent Vietnamese spot! In terms of taste, it doesn't range much higher than the average restaurant one would find in ChinaTown, back in Paris. But it was already far more superior to what I had tasted (and discarded) here in Taipei.
At the next table, an adorable four year old boy was captivating me with his liveliness and wide range of facial expressions. I could have kidnapped him! 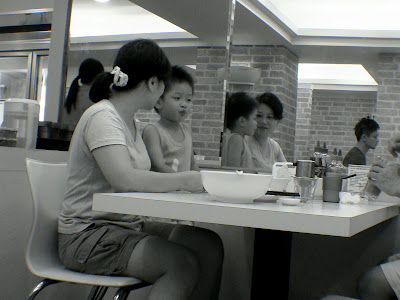 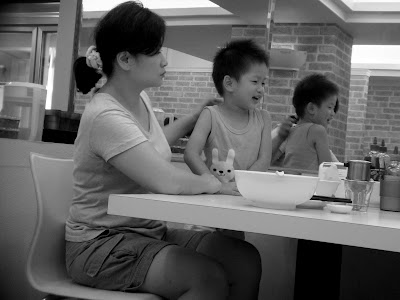