Sunday...
Ivan took me to Xizhi. I thought we would spend the day in the city, have a meal, then a drink and finish the day watching Jump Ashin, the film which opened the Taipei Film Festival.
It went completely differently. Since the screening of the film was only at 6 p.m. Ivan suggested we drove out of the city and went to his neighborhood.
He drove up to the mountains, parked the car and told me to follow him.
I entered paradise. There was a waterfall. We climbed up to a deserted spot. The sight of the fresh water was irresistible. I took off all my clothes and lied there, naked, in the middle of the stream. Ivan was more concerned about people passing by.
What wrong were we doing? Just enjoying what nature was offering us! 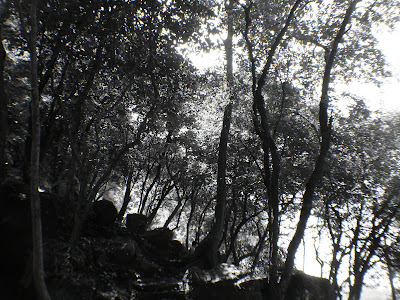 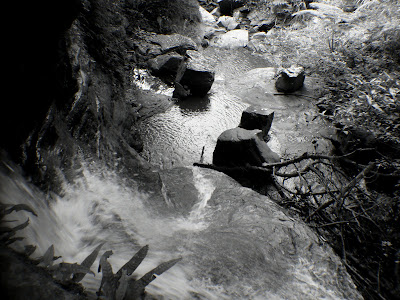 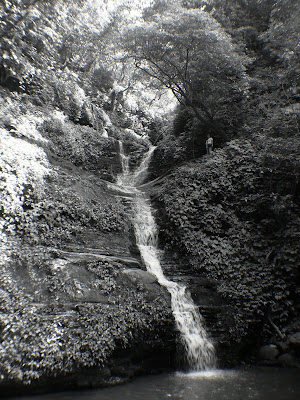 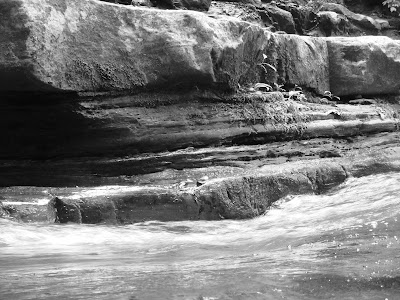 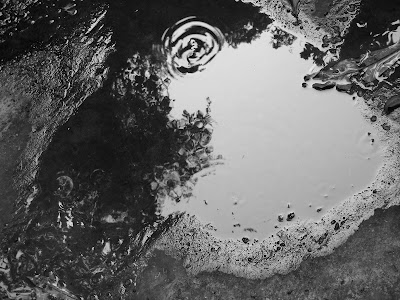 I hadn't stayed in the middle of a stream for a decade. The last time was in France, as I was in summer tour with
Michèle Atlani. We were in Savoie, in the French Alps, had a concert the previous night and had two days off to enjoy.
I took the car alone and drove at random. I was content. I followed the road until I reached a gorge. The landscape was gorgeous. I was driving along a small river, on a road which was carved in the mountain, drops of water were falling on the car window, the mountains around me seemed to move and Ryuichi Sakamoto was playing on the car stereo.
I treasure these lonely moments.
I stopped the car at some point and ended up in an isolated spot. I just stood there and contemplated the scereny around me.
I came back and told the others about what I had experienced. I offered to take them there but none was interested except Rémi, the bass player.
I took the car again, trying to remember the road I had taken a few hours earlier and eventually found the road along the river. Rémi was enchanted, although he said nothing. We stopped at his isolated spot. There were some big rocks in the middle of the stream so we each took one and sat there for what seemed like eternity. Rémi had his eyes closed and enjoyed the water streaming around him. It had a cleansing effect on us.
The next day, as we drove to our next concert destination, I made a detour and took the road along the river. It would take more time, but I wanted the others to see.
They reaction confirmed that it's useless to insist when someone shows no interest. Rémi and I looked at each other and smiled. It was like a little beautiful secret we shared.
We couldn't see Jump Ashin. All the tickets were sold out. Ivan was a bit sorry about that. But I told him that what he showed me that day was priceless.
Posted by Aaken at 22:07