We were at the Jazz Showcase tonight., a legendary venue that opened in 1947 and now still run by the same man who created it!
To think that the likes of Count Basie, Joe Williams, Art Blakey, Herbie Hancock or Charlie Parker played there, I felt like I was entering a historical sanctuary.
A friend of Brent’s, Joyce Faison - we call her Peaches, was giving a very particular concert. The songs of Billie Holiday. Nothing special so far. But Peaches recreated the last concert that Lady Day gave before dying of a drug overdose. Says Brent: "She channels Billie Holiday". It was scarily true. Peaches not only managed to capture the spirit of the singer, as well as her range, her body language and styling, she became Billie Holiday. It was a play with music. This was the work of a great actress as well as vocalist.
I enjoyed sitting with this audience. So alive and cheerful. The show was a smash hit. The owner who is quite reluctant to hire female vocalists may change his mind about Peaches. 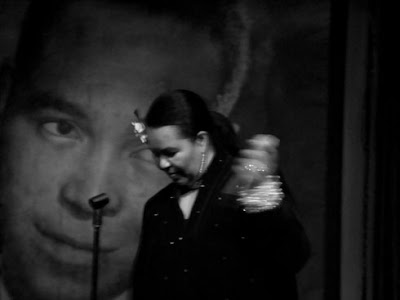 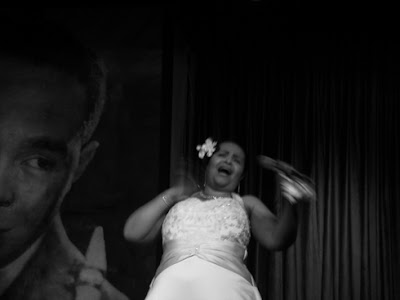 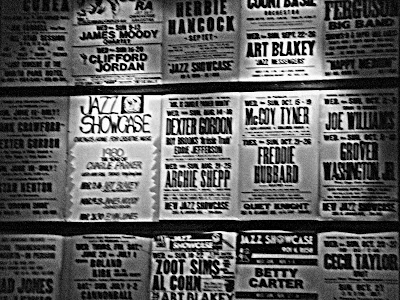 […]
We’re putting the finishing touch to Karen’s songs. The last one, Touch me Again is a little gem. I wanted Karen to try to do spoken words and only sing in the chorus. She was quite unwilling in the beginning, thinking I just didn’t want her to sing. Now that she’s heard the result, she is glad we did it. The music blends dancehall reggae and a Spanish guitar - Kraig did it in one stunning take, and a little hook that popped up in my head as I was doing my work out routine at the fitness centre. When people ask me how inspiration comes to me, little do they know that it’s usually in the most unlikely situation. No big prairies, no blue sky, no frolicking in nature…!
I have one day left. Still one song to finish - Down By Love. Another upbeat song that Karen found hard to master. Fear and apprehension still play bad tricks on her confidence, so I advised her to get a music method to learn the basics. Sight reading and rhythm. She understood the necessity of it. I’m sure she’ll rapidly see the difference once she has digested a few lessons. If her vocal prowess may not impress for now, there is one thing that many will find inspiring: her courage and perseverance. I have rarely seen someone that brave in facing his own demons. She has been a guiding light.
Five more days. How fast it goes!
Posted by Aaken at 22:32