We shall start recording instrumental tracks next week. Mayhem all the way, but I need the stems as soon as possible to complete the songs. In two weeks I’ll have to leave the Taiwanese territory because of the visa and fly to Hong Kong to see about the book about my uncle. Finally, the publisher has agreed to do a re-print after he saw the original paintings and the way they featured in the book. No comments were necessary. He understood. It’s good news for my father, because he would have been stuck otherwise. As I’ve told him many times, we always find a way out, the key is not to rush into any hasty decisions. So I will check the colour balance and all the details before the final printing. And that should be the end of the story. We all have to move on! And my uncle is in good health now.
[…]
Ironic. Shocking news. I just called my father to tell him about my upcoming trp to Hong Kong for the book. He seemed very pleased that it would finally be finished, and told me that everyone was getting ready for my uncle’s funerals. Funerals? Last thing I knew was that he was healthy now and in good shape. My father was equally surprised I didn’t know. Then I remember that strange e-mail I received -mail from my mother but I guess she was in such a state that she forgot to tell me the important news. Ironic it is. Cancer was not to be the cause of his death. He fell down the stairs and broke his spine. I’m in a state of bewilderment and numbness. My father saw him a few days before the accident and was telling him that I would go to Hong Kong to check about the book and make sure everything was alright. He was delighted at the news and showed him more works of his. So he’ll never see the book. My father wants to organize an exhibition of his paintings this autumn to launch the book and also have a concert given on his honour. Ironic indeed. When death is claiming his toll on someone, there’s not escaping. At least, my uncle lived his last months happily. I’m crying now. 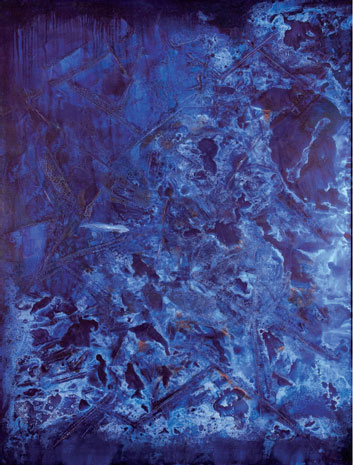