Roller-coaster. I had just finished a studio session for the SILK x 21 project. We recorded the vocals and strings, cello and violin, for Spirit, one of the fourteen pieces that now compose the entire project, then the spoken vocals on four other tracks. The session was conducted by Micky Yang, whom I had not properly seen since his wedding, some seven years ago. We worked together on the recording of the musical Auntie, and the experience was a joyous one. The studio was located in the Neihu, an area I genuinely detest, on the fifth floor of an industrial building near the freeway.
I went there in advance with James, who was to do the spoken vocals. Micky was preparing the microphones. The room was large and comfortable. During all these years I had been working whether at home with my old and now defunct computer and my little ZOOM recorder, or at a friend's who has a room in his flat turned into a mini studio. Never in such comfortable conditions. I enjoyed every single second of the full afternoon I spent there, enjoying it as a night in a five star hotel after years in dodgy motel rooms.
Shandy came to meet the musicians and meet Micky who will also do the mixing of the music. She looked radiant and happy to be there.
"This movement, Spirit is one of my favourite!" she exclaimed. "I felt connected to it as soon as you played it to me, remember?"
I wrote Spirit twenty years ago, as I was touring with Michèle Atlani. The melody, with its Slavic and nearly religious tone came to me one day in Marseilles. Nothing was done with it until the wedding of my brother. I harmonised it for 5 voices and added a cello part. We performed it as a part of a short mass I composed for the occasion in the church near my parents' house in Saint Maur during the ceremony. It was then that it took its full shape. When I started writing more music for Silk x 21, it struck me that it would find its right place in the musical journey I was bringing to life.

We decided to postpone the mixing of the music to December. I was going to go to Vietnam in November, my computer was dead, and it would take me some time to find a way to retrieve all the work that is stored in its hard disks. The unfortunate demise of my dear old computer is perhaps a blessing in disguise as it now compels me to move on to the next level and upgrade my life. How it will is another question, but I will soon find out. 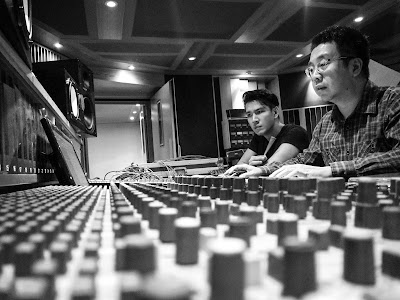 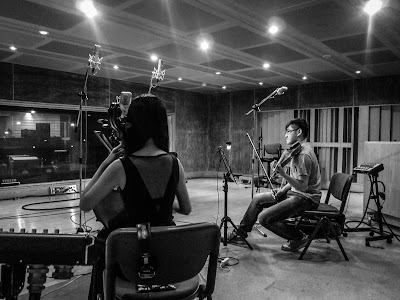 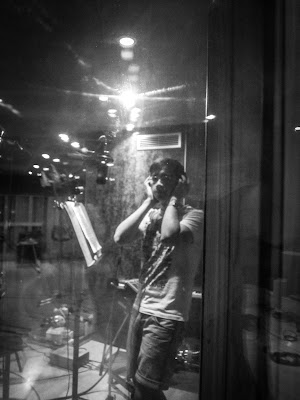 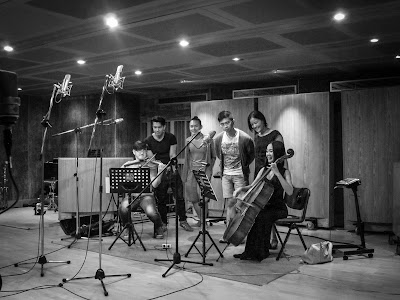 The day ended on a totally different note. I received a short message from Jan announcing the passing of his father. The piece of news was like burning coal in my hands. I didn't know what to do of it.
Multiple images rushed past my mind. My first time at Jan's place in Pforzheim, Germany, when I was seventeen. Our trips across the Black Forest. The lively talks during dinners, their elaborate and witty word plays, his hearty and communicative laughs, engaging and warm personality, the way he and his wife Ursula woke up and startled Jan out of his sleep one morning to sing him a birthday song on the guitar...
Jan's father, Manfred was like a second father to me. He welcomed me into his own family without any question. Spending time at their place was always a joyful feast.
He passed away in his sleep. Exhaustion, heart failure. His wife realised it during the night. Then I recalled that I thought of Jan and his family earlier in the morning: I was doing my laundry and suddenly my head got stuck with the image of Maren, Jan's sister, then Jan, then his parents. I didn't make much of it. We had mentioned the possibility to spend one last Christmas all together before they would sell their house beautiful in Pforzheim, and rejoiced at the idea.

I was sitting in one of the armchairs of the studio, torn between the joyfulness I had felt during the day and the saddening news. 2016 has given a lot of its bittersweet fruits. Too much of them.