I will always love you

How I managed to keep it on for so many years, I don't know. The only valid reason is what people call love. It is true, each moment spent with William was a happy, relaxed and fulfilling one. I didn't care about whether he wasn't ready to leave his partner. I didn't wish him to do that - if I didn't, then how could he even be able to take any decision... A few more last-minute cancellations and the announcement that he had moved into a new flat with his boyfriend triggered me to take action. Not that I was going to ask him to decide between me and his boyfriend. The past four years have been a more than clear indication that the choice would never have been in my favour. However, something was relevant to me in this new turn of events. It was, as he claimed, for his job. But it also signified that he was not going to make any change in the way he conducted his life. I was always going to be the trumped card in this double life of his, be a shameful secret he had to hide in the closet.
I wrote a short message to him. It had been four years this years, when we first laid eyes on each other at the hot spring. The memories are vivid, visually and emotionally. It was time to leave and this farewell was a resolute one. No more contact, no more Facebook nor Line. The mention of those modern ways of connection makes it sound as meaningless as a TV game show. Deep down, I was still hoping for a reaction from him. Something could still be saved. The unexpected twist at the end of the story... He wrote back.
"I will always love you"
A pause and Whitney Houston's voice started yelling in my head. And I laughed long and hard. 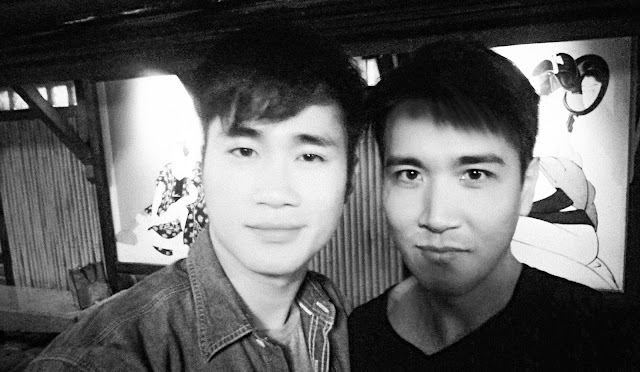