The first time I heard about Alexandre was back in 1992. A friend of mine was dating him and that's how I learnt about this focused and dedicated pianist. Later, the name would appear more and more often in music magazines, concert programs, in the medias, and more recently in the casting of Michael Hanneke's Amour.
I have bought several of his records over the years: Ravel's piano work, Bach's concertos, Scarlatti, Rameau and Couperin's keyboard music, Chopin and some chamber music as well. I mostly appreciated the subdued musician he was. The musical text would always be clear and subtle, never a platform to show off his formidable technique. Years after years, our roads got closer through a growing number of common friends. Ying Hsing, who works a music agency with branches in Tokyo, Paris, Beijing and Taipei, had suggested that we met together after one of his recitals whether in Paris or Taipei, but our paths were not yet to cross.
Eventually, it was Patrick, who had introduced me to Pierre & Gilles last year, who again, would be the mediator when he told me about this new artist he had met: Alexandre Tharaud.
Excited, I was. Impressed, I was. Thrilled I was. Shy I was too. But above all, I felt this was the most natural thing in the world. We quickly warmed to one another, although I knew these piercing blue eyes were attentive to all the details.
"I would love to meet your father" he said as we were in the taxi on our way to the restaurant. When Alexandre had found out who my father was his words were: "But he's a famous composer!!!" I was pleased to know that. My secret wish was to hear him perform his music, particularly Trung Dzuong, a magnificent piece written in memory of the boat people who perished as they were trying to escape the hell that Vietnam had become after the fall of Saigon. I knew Alexandre would be perfect.
There had been so many people in common so I wasn't surprised to learn that he was a good friend of Paul Blanchot, the son of my piano teacher in Saint Maur. His own teacher was Germaine Mounier of whom my father would speak highly. All these elements drew us closer together.
As he was asking us if we had any idea for an encore, he looked at me and said: "Maybe YOU could write something for me to play as an encore!!!" Was it a joke... Patrick thinks I should just rise to the challenge and surprise him with a composition.
Alexandre was to give a concert with maestro Günther Herbig and the Taiwan National Symphony Orchestra for their Germanic May series and an evening entitled The Greatness of Beethoven... even though he was to play Ravel's Concerto en Sol... That became food for joke between us.
The concert opened with the Fidelio overture. Alexandre then appeared, dressed in a velvet black suit, a delicate figure walking toward the piano. His playing however showed how masterfully in control he was. During lunch, he had told us how Herbig wasn't at all interested in conducting concertos and how, during the concert the previous evening in Taichung, the end of the third movement flashed through a messy section because the trombone player skipped two bars and the old maestro had no idea where he was anymore.
Alexandre was the conductor. He looked at the musicians to create an exchange between soloist and orchestra. My father used to say that it was easier to conduct Ravel than Debussy, for Ravel's is a brilliant example of great orchestration, and even when an orchestra wouldn't play well, it would still sound good. Alexandre's playing compelled the orchestra to rise up to the challenge. The exchange was less between him and the conductor than a direct conversation between him and the member of the orchestra. The second movement was exquisitely performed. If Bernstein favoured an In a sentimental Mood to it, Alexandre made it sound like an improvisational flow with the right amount of Frenchness and abandon to it.
I was lucky Alexandre had enough time to see me more than just once. Who knows what will become of this friendship. We promised to meet again when I come to Paris this summer. To see his new flat... 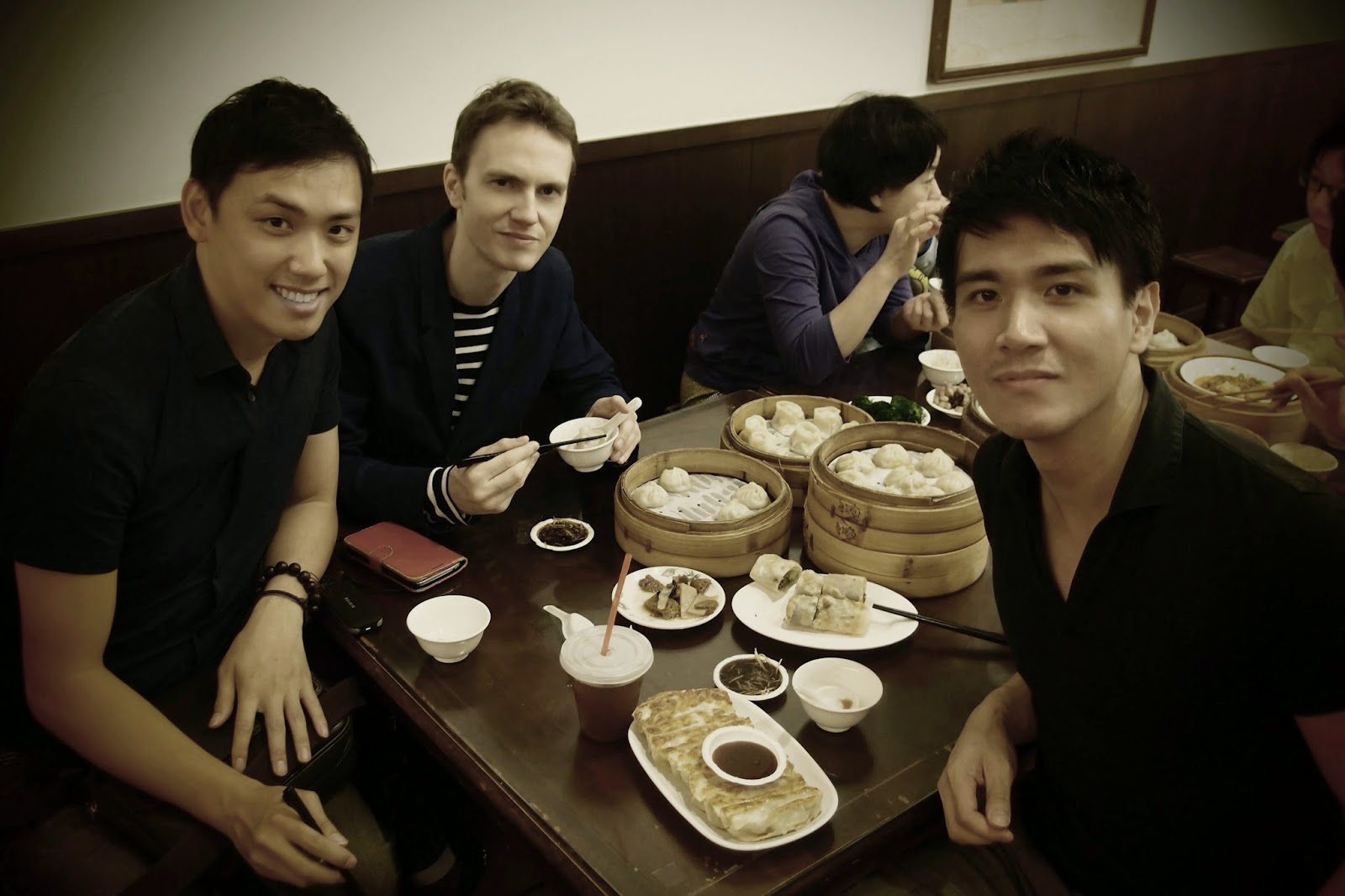