Spring awakening
So it’s been seven months in Taipei already. 2010 was a crazy, intense, eventful year: I left Paris, moved to Taipei, wrote and completed my second album Hyperbody, worked again with my favourite choreographer Jo Kanamori in Japan for The Tales of Hoffmann, a full length ballet which was premiered on the very day of my 40th birthday, had a few other projects in Taipei and Saigon, and NINA, my first collaboration with Jo was finally performed in Paris for the first time at the end of the year. That was the first time an important and meaningful work of mine was ever presented in my home city. That was the occasion for friends, relatives and people I know to have an idea of what I had been doing abroad all these years. The audience was enthusiastic. However, no mention of it in the papers. It seems I am never to get any official acknowledgement from France…

So now in Taipei. It wasn’t an easy affair. Not as smooth and simple as I imagined it. Administration would drive anyone crazy here - as in any other country, I guess, France and Italy being the winners…
And leaving a country where I as born and raised wasn’t easy either. I was so busy with all the projects in the first months that I didn’t have time to think of it. Then it fell on me. I started really missing Paris, my family and friends. I was in Taipei and felt so lonely. Of course, I would see friends here and there, I would have a good laugh, a good shag, a nice night out… But as often in my life, I was lonely inside. I still didn’t have my flat. My belongings would not be reaching Taiwan before some time. I was drifting. I was accustomed to the feeling. But this time I really had nothing left but myself. Thankfully, my work kept me floating and prevented me from sinking too deep in my disarray.

I came back to Paris for the French premiere of NINA. It was in December, the crowning of a very great if exhausting year. I had the feeling I had come full circle.
Then what next?
I really had to face some issues I yet had not faced. It’s quite challenging to strip your soul completely bare and look at it without attempting to embellish things. Was it something else than my soul? The projection of myself? My illusions? Whatever it was, I had to face it. It took time. I realised the process was about self love, not loving myself as a result of a good caus/effect reaction; simply love myself, unconditionally.
I guess we’re never taught that.
As children, we are always told to do something good to win people’s love or appreciation. Our parents teach us that, for they have been taught the same way. Who has the time to really experience it?
Being alone in a foreign country is the best way to reconsider one’s life. The idea wasn’t to transpose my former Parisian life in a new setting. What couldn't  work had to be sorted out or at least, questioned. Sometime I wish I could delude myself and believe in the comfort of security. But I just can’t lie to myself.

Now here I am, seven months later. I feel better and better, I see clearer and clearer. Money has been waning. I live out of nothing. But my confidence is slowly growing. Hyperbody, my second album, has still not found a record company.
But I’ll find something.
I went to see a Kronos Quartet concert yesterday, then had a drink with two of Pina Bausch dancers and my ‘wife’. One of them got interested in my work and suggested some project together. I’ll give them a CD of my stage work and we shall see.
The night went one in this positive and fruitful note. After I walked the dancers back to their hotel, I came back to where we were, the gay quarter of Taipei – no need to name it! A friend had called me to have a drink with him. He had been running a talent agency for classical musicians and it turned out he had a project for me. One of the musicians he wants to invite to Taiwan for a future concert happens to be a Grammy award winner mandolinist whom he wishes to pair with a traditional Chinese music ensemble. 'Would I be interested to do something?' 'Or course!'
Any challenge is welcome. I may have never written for a full orchestra, much less a traditional music orchestra. But the idea of it was exciting!

I like to have it contrasted in my life though, it seems. If the day was filled with surprises in terms of encounters and projects, I had a traffic accident. I was cycling to the gym when a careless biker popped up out of nowhere, driving in the wrong direction toward me. Buses and taxis were running near me, I could do nothing to avoid him. In less time than it takes to say Schwarzenegger, was flying over the biker and landed head first on a car.
As it happened, my mind had this thought: 'no it can't be happening!'
I was stunned for a little while and felt two arms helping me to get up, as I was regaining consciousness. The biker had obviously ran away.
"Are you okay?" the guy said in Chinese.
I told him I was fine although I really had no idea what was happening.
The first thought which occured to me was: "Where's my i-Pod?"! My life or my i-Pod... I doubt about my ability to make sensible decision in time of emergency!
I looked around me, glanced at my bike which wasn't in a very good shape, walked back to the street to search for it on the ground, not even aware that I could get hit by a car. Finally, I remembered that I had hooked to the basket on the bicycle. I caught the reflection of myself on a window and gasped: an enormous bump on my brow, as big as a pear. I could have auditioned for a remake of Frankenstein! Blood was dripping from the wound. I still had the unsensible thought to wonder whether I should still go to the gym.
Reason eventually got the better of me and I walked back home.
That same night, I was supposed to go see Pina Bausch. It was one occasion not to be missed! When I was living in Paris, I never managed to get a ticket for any of her shows. They were sold out within the hour. Indeed, it was unthinkable not to go!

As I was walking to the exit of the MRT station, I took the time to have a closer look at the pictures that were exhibited in the hallway. A dancer/choreographer, ShuYi Chou was to have a new premiere in a month time and the National Theatre did this exhibition to promote his new work.
I had never met ShuYi. I only exchanged a few messages with him on Facebook, and heard about him from ChingYao, who was also a friend of his.
Then I heard a voice behind me speaking in Chinese:
"Are you An Ton That?"
I turned and saw an attractive young man with dyed blond hair.
"Sorry, but who are you?" I said fairly abruptly.
The young man smiled. "I'm ShuYi!"
"Aaaaahhhh!" I exclaimed. "I was admiring your pictures!"
He blushed. We chatted for a minute and exchanged our number. ShuYi was extremely busy with his new work, but we promise to meet again soon.
My head was hurting but I was so pleased to finally meet him.
And a beautiful friendship started.

Even if I have no money now, my mind is as rich in artistic projects as Donald Trump’s bank account is filled with money.

Now I have my flat. My stuffs (mostly thousands of books, DVDs and CDs + my piano) have arrived shortly before New Year. I spent a month arranging the flat, doing the shelves, decorating. It’s not totally furnished, but it’s quite cosy now. My flatmate and I like to have friends around for tea or dinner. I find that not many people do invite their friends to their place, certainly due to the fact that they still live with their parents. I visit lots of designer’s stores and I drool at the sight of all these beautiful tables and chairs. Anyway, I have only been in this place for 3 months. It takes time.
I have no idea what is going to happen next. But I know I will make my project come to life. That’s why I’m here for. And yes, Taiwanese guys are so handsome. I go to the gym every day. It’s challenging to keep focused and not get distracted by the sight of all these creatures showing off their body. I guess going to the gym was like having a solid wall to lean on when everything else seemed so uncertain around me. I learn to get connected to my body and listen to what it says. It corrects me if my position isn’t right, it tells me so slow down, to keep on, to try harder and above all, to never lose my focus… Nearly like meditation. I put on my headphones to avoid the thumping four-on-the-floor music that plays tirelessly, the music starts and the session begins...
Everything is connected. Anything I do is bound to have repercussions in other areas of my life.
As Bruce Lee said it: “It’s not what happens in your life that matters, it’s how you react to it”. 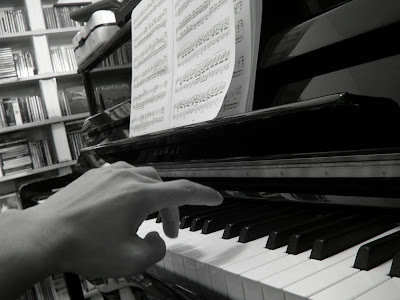